At first, SWTOR coveted the magenta crystal but now there is a new favorite item in a galaxy far, far away. One high level character has been seen sporting around with a sparkling white lightsaber. The owner of this whitesaber, Catch Deathwalker, posted about it on the official forums: 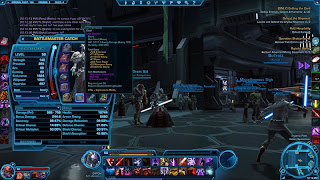 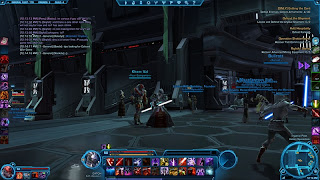 I would like to let everyone know that the live servers still do have the white crystals.
It’s a server first for us on Prophecy of the Five… might be a game first after live?
Edit:
So you can see the stats. 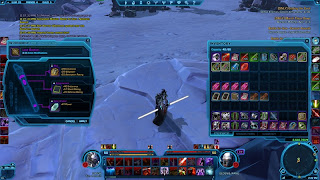 There was an instant buzz about the crystal as everyone wanted to know where Catch got it (of course) but later in the day, staff dropped in with some startling (or not-so-startling) news about Catch and his flashy lightsaber.
This was released by BioWare staff:
We’ve done some investigating and discovered that CatchDeathwalker did not obtain the white crystal through legitimate means in the game. Right now, we’re removing the crystal from his possession, and we’re going to have some more information for you as soon as possible about this situation (but don’t worry, we won’t post any spoilers!).

We apologize for not responding to this thread sooner, but we needed to investigate the issue before commenting.

Allison Berryman | Senior Community Coordinator
Ooooo burrrnn!
Well, that stinks for Catch but the good news for other players is that the crystal is still out there to be found. Just make sure you use legitimate methods to get it if you plan to keep it. There’s a Reddit post going with clues about where and how it can be found (possible spoilers within).
We have yet to confirm exactly how the crystal is obtained but if we learn more about this story, we’ll be here with an update.