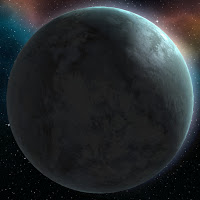 Ilum was the ice planet home to many of the Adegan crystals used in the construction of Jedi lightsabers. The caverns containing the crystals were long ago turned into a Jedi temple. Unlike the crystals of other planets, the crystals of Ilum could only produce green and blue lightsaber crystals.

Ilum was first discovered in 22,800 BBY when a Jedi, navigating hyperspace in the Force, felt a strong pull deep from the Unknown Regions. Following the sensation, the scout had found a world rich in Force-strong crystals. The mystique of the discovery added it to the ceremony of lightsaber construction.

Read more about Ilum here and check out the Datacron guide below:

83) Aim + 4 Datacron Coordinates: X 920, Y 1072 This Datacron is located in far southeastern Ilum, to reach it you will need to run through a snow storm and an exhaustion zone. To get here safely follow the southern wall around to where I am on the map in (Screenshot 1). The exhaustion zone will only bring you to about 50% health before you make it back to safety and can retrieve the Datacron. Be careful getting down here if you’re Republic as there are many Imperial elites just north of where this Datacron is located.

84) [Endurance +4 Datacron] Coordinates: X 106, Y -75 This Datacron is located in a canyon in the center of Ilum and much like the other Datacrons on Ilum, is extremely easy to get. There are two ways to get to this Datacron, the first way is to jump down into the canyon (don’t just jump straight down, jump from ice ledge to ice ledge so you don’t die) and the second way is to take an elevator down. I prefer just falling down into the canyon and then either using Quick Travel or taking the elevator back up.

85) [Red Matrix Shard Datacron] Coordinates: X 552 , Y 549 This is probably one of the easiest Datacrons to get in the entire game. For Republic players it is located in a friendly area, meaning there is absolutely no danger in retrieving this Datacron. For Imperials you will need to dodge a few elite Republic guards and possibly deal with a Republic player or two but nothing you can’t handle. Now that you’re probably itching to know, this Datacron is located atop the Republic base of Ilum. It’s safely tucked away inside a hut atop the base around the coordinates (552 , 549).

87)Willpower +4 Datacron Coordinates: X 300 , Y -1565 This Datacron is located in far northwestern Ilum but to get to it you will need to go down an icey slope in northeastern Ilum This Screenshot has it marked: Where the big white X is on the map is where you will find the slope. You can actually kind of see the slope on the map if you look close enough. Once you’re down into the icy chasm you’ll want to run all the northwest. Here you will find an entrance to a cave with a lot more of those Lisk mobs as well as a big champion mob called The Crystal Eater.

All the way in the back northern end of the cave you’ll find the Datacron. If you’re looking at the Crystal Eater it’s to the left, or, in otherwords, straight ahead from where you enter the cave.