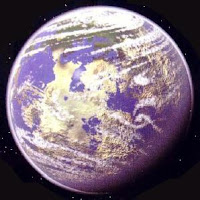 Corellia was the capital planet of the Corellian system, which included Selonia, Drall, Tralus, and Talus. It was also the birthplace of smuggler and New Republic General Han Solo as well as Rogue Squadron pilot and New Republic hero Wedge Antilles, along with many other humans who played important roles in the histories of the Rebel Alliance, New Republic, and Galactic Alliance.

Collectively, the planets of the system were known as the Five Brothers. As the largest planet and the closest to Corell, Corellia was often called the “Eldest Brother” or the “Eldest.” Historians believed the Celestials assembled the system artificially, the worlds brought from other parts of the galaxy for unknown reasons. Some believed that these Celestials populated Corellia with Humans from Coruscant.

Read all about Corellia here, and check out the datacron locations below:

Don’t forget to check out constantly growing list of guides for Star Wars: The old republic
78 – [Aim +4]  X: 3143, Y: -1793  The first Datacron is placed in the Government District in Port Pevaria. It is under the catwalk in the freight region.

79 – [Willpower +4] X: 703, Y: 1718 Blastfield Shipyard – you start in the SE corner of the area. You run along the side of a building, under the metal platform and jump onto a beam that runs to the East. It’s kind of hard to explain and far away from where the datacron actually is. If you find the Datacron (it’s in the southern area, in the open) just kind of trace the path to the West. The beginning point is at 1128, 1661

81 – [Cunning +4] X: -2662, Y: -3116 Labor Valley – North of the Republic train station, look for a flaming pipe overhead on the East side of the road running North-South. Go around the building to the NE side, climp up the pile of debris, and run around the roof to where the flaming pipe was. It’s inside the broken pathway. The beginning point is at -2493, -3079.

82 – [Strength +4] X: -2754, Y: -2007 Labor Valley – South of the Republic train station look for a crane holding a shuttle. Run up the pipe that is holding up the canopy, and jump onto the shuttle from the canopy. Jump off on the other end, and ride the impromptu-elevator to get on the higher box to jump to the datacron. The beginning point is at -2898, -2073

Note: These 2 datacrons are out of order compared to the rest of the list.:

61 – [Green Matrix Shard] X: 701, Y: -1890 Axial Park – requires MGGS (from Alderaan) – on the south edge of the zone there is a museum with an X-Wing in it. Enter it, and hang a right to to the elevator. Take the elevator to the roof, then climb ontop of the shuttle to the roof of the building. Jump down on the East side, and go across the roof until you can see the magnetic patch across from you (it’s pretty far away.) Walk into the building.