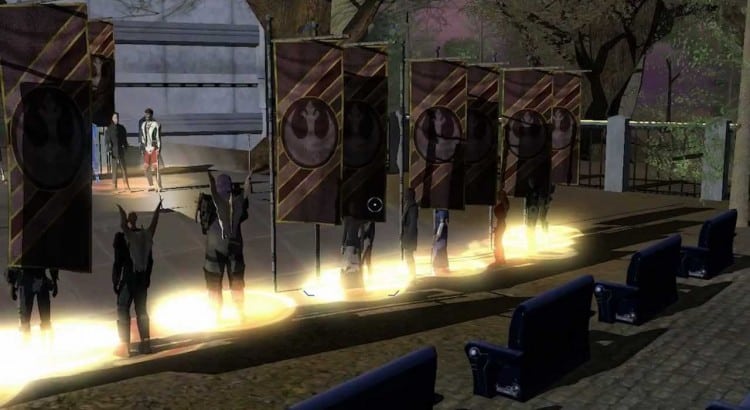 The World We Wrote: A Cinematic Tribute to Star Wars Galaxies [Globus]

We love fan films. I loved SWG and since it was shut down in December of 2011, I have enjoyed seeing the various ways that other fans pay tribute to our beloved game. If you have not seen this video tribute to the game from Third Age Films, it’s really worth it. I feel a bit of nostalgia every time I go back and re-watch it. If you played SWG at all, you’re probably going to get some of the same warm and fuzzies when you watch this short film. It’s just over 5 minutes long so don’t feel like you have to give up a big portion of your evening to watch it. It’s hands-down one of the best SWG tribute videos ever.

The MMORPG Star Wars Galaxies, launched in 2003, was shut down on December 15, 2011. This video features in-game footage from SWG, all filmed specifically for the project, which required more than two months of filming and editing, over 200 GB of uncompressed HD video, and the participation of dozens of SWG players to complete.

The featured track is “Wyatt Earth” by Globus, as a combination of the live performance (Epic Live!) and the studio recording (Break from This World). Wyatt Earth is based on the instrumental piece “Wyatt’s Torch” by Immediate Music.

Support Globus and their amazing music.

Special thanks to members of the Starsider Galaxy for participating in Heroics and group filming sessions, creating costumes, blowing up Star Destroyers, and many other things.

Star Wars Galaxies is still available on Amazon, if you want the disc for your collection, or you need it to play SWGEMU. Get SWG here.