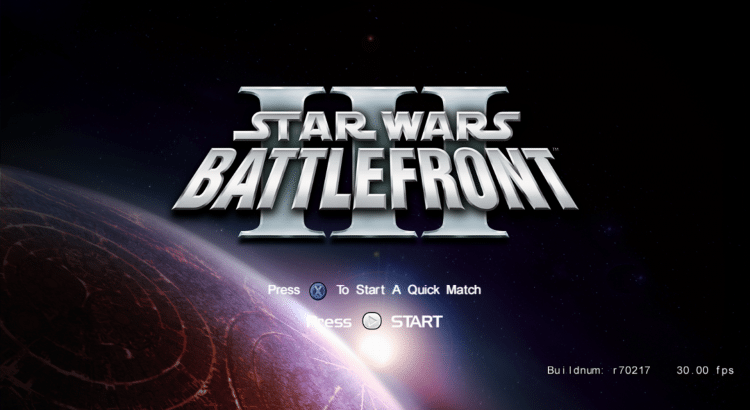 Many Bothans died to bring us this information. But seriously, someone got their hands on the cancelled Star Wars Battlefront III build and released it. We don’t know how to he did it. We’re not even going to ask. But it’s definitely interesting. The poster claims he’s not even a Star Wars fan but he just likes prototype games like this.

A couple of days ago, 4chan user ProtoFaggot posted a development build of the game to /v/, 4chan’s video game board. He’s also posted this on /r/StarWarsBattlefront. We’re including the post in full to you below.

Hi all, first and foremost I am not much of a Star Wars fan, but I do take interest in prototype games and this is no exception I want to apologize for my name, as it was the name given to me from 4chan to ensure they know who I am when I post this.

After a lot of work I managed to get my hands on Star Wars Battlefront III and wanted to share the infamous cancelled game that I’m sure many of you wanted to play. I know not everyone will get the chance to play this immediately, but over time I expect the modding community to be able to change that.

The game build works on Xbox 360 Development kits, XNA kits, Test kits, and any 360 that can use RGLoader (which makes it be treated like a Development kit) so if your 360 is modded you can get it working via RGLoader.

Some important notes -Xenia the 360 emulator will crash if you use it. It may work in the future but for now it does not. -Default.xex and bf_gold.xenon.xex act the same as far as I can tell but I’m likely wrong. -When booting you’ll get a purple screen. It’s cool just hit the Start button and wait a moment and you’ll get to the title screen. -Expect poor framerate. -Expect bugs. -Expect crashes/freezing. -Expect anything I didn’t list here.

Here’s a screenshot of the build’s titlescreen once loaded:

I have made both a Mega upload and a torrent for this build. I would prefer you use the Mega link unless you wish to use the torrent to seed. I will not be uploading the game to Mega again after it’s been removed (if it will be), so once the link is down there use the torrent.

I hope you all have a nice time with this, some may be mad at me but the story behind this build is a disaster and not releasing it will cause more issues than anything else.

The OP is posting gameplay webms in the 4chan thread. The links will expire eventually but if you catch it in time, you can see for yourself.

The game is definitely very unfinished but just as the OP said, it looks like a dedicated team of modders could really finalize this. What are your thoughts?