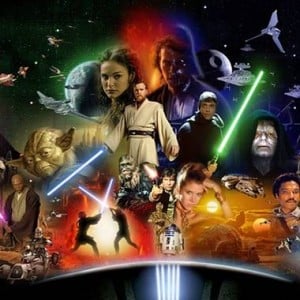 While recording a podcast for my gaming community tonight, we were discussing E3 this year and the announcements that were made. An interesting topic came up; one that I think could use a little more exploration. Basically, we were talking about video game franchises and in particular, franchises that include more than just a line of video games.

We have many popular game franchises that started off as movies, comics or books. And there are some that were later turned into movies and books and even TV shows. When a title takes off like this, we are looking at much more than just a series of games. What we’re really looking at is a brand. And the developers who create these games want to keep the fans interested in their brand. They want to take those loyal gamers and turn them into lifelong fans. However, this tactic is not as easy as it might seem.

There has to be a balance between bringing in the new players and also keeping the old fans happy. They need to offer something new and exciting while also not steering so far off the original path that they lose the hardcore fans who have been around a long time. We can look at game series like Sonic, Tomb Raider and even Call of Duty and HALO and see how this goes. There have been some flops along the way and each game franchise as some games that simply didn’t fare well at all. Yet, the series keeps going because there are enough people who love it who keep coming back to check out the latest and greatest game.

Now if we apply this to Star Wars games, we see how this can really come to life. How many of you, if we’re being honest, will try a new game simply because it has a Star Wars theme? I know as a fan, I would try just about any game that is Star Wars related if I could, to see if it’s any good. I want it to be good. I am anticipating it to be good because I love Star Wars.

I can freely admit that I have purchased games before mainly because it was Star Wars themed and with doing very little other research into it because I wanted to “give it a chance”. Some of those games, I did not care much for.

When buying other games, I am more discriminate. I research and read reviews and look at gameplay videos. I try to see what others think of it before investing my hard earned cash on yet another game. But if it’s a Star Wars title, I am much more likely to check it out ‘just because’.

Do you do the same with games?

If you’re on a tight budget, there’s a good chance you’re a little more particular with what you purchase but the premise is the same. If a gamer is devoted to a topic or franchise, they are much, much more likely to purchase other games in the series/franchise without as much deliberation.

Game developers know this. They know it puts more money in their pockets. Sometimes it’s a good thing for the gamers. Other times not so much.

The new movies coming out in coming years means an increase in hype of Star Wars anything. We can expect this will also bring some new games that many fans will be willing to buy for no other fact that “It’s Star Wars!””

What might this mean for the future of Star Wars games?