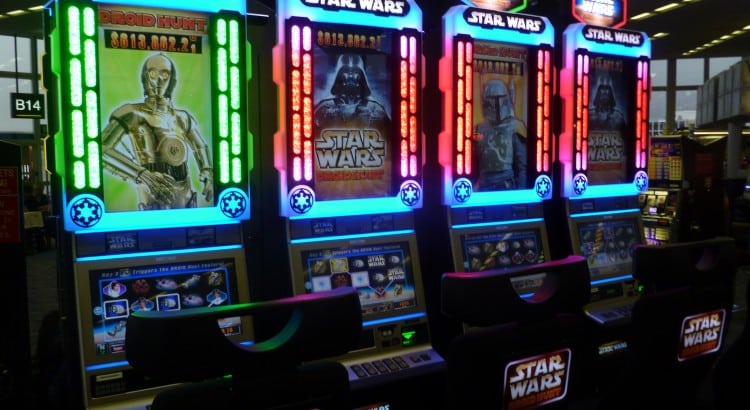 It’s often joked that most of the money that the Star Wars franchise earns is from merchandise rather than movies, but that’s not too far from the truth. There are so many Star Wars tie-ins, ranging from toys to slot machines.

Yes, you heard that right: there’s a Star Wars slot game that you can play using real-life money.

Made by IGT, the same guys who released the slot game versions of Transformers, Ghostbusters, and Dungeons & Dragons, the Star Wars slot machine is based on the Star Wars universe. From the iconic fonts to the familiar icons, like Darth Vader and the Death Star, the slot game captures the aesthetics and magic of the movie franchise.

If you’re bored with playing 918kiss on your phone, you may want to give the Star Wars slots game a spin.

It is broken into the modes based around the original Star Wars trilogy: the first Star Wars, The Empire Strikes Back, and the Return of the Jedi. The minimum bet depends on the casino, but it is usually around 30 credits (or the equivalent of 25 cents) to activate one game, or 90 credits for all three games.

Players can also activate specials at random times during gameplay, such as Rapid Reload and Ewok Adventure. These diversions result in bonuses or game modifiers based around the Star Wars theme.

Overall, the jackpot often rises to $1 million, although this will depend on the casino platform.

In addition to game specials, there are bonus rounds that the players can trigger for exceptional prizes. One such special, the Battle of Yavin bonus round, lets players unleash their inner Luke Skywalker by piloting an X-wing fighter and destroying the Death Star.

Another bonus feature is the Battle of Hoth bonus, where players take the controls over a monstrous AT-AT at the snowy planet of Hoth, destroying the shield generators protecting the rebel army.

Then, there’s the Emperor’s Final Battle round in which you have to predict the winner of the iconic duel between Darth Vader and Luke Skywalker.

Where can I play it?

The Star Wars Trilogy slots were to be exclusively installed in Las Vegas and Atlantic City. While the game can be found in major casinos in Sin City, Atlantic City only hosts it at the Tropicana, Bally’s Atlantic City, Harrah’s Resort, and the Hard Rock Hotel and Casino.

The slots in Las Vegas are quickly being phased out, though. You had better hurry if you want to experience playing the Star Wars slots for yourself.

Unlike other casino slot games, there is no online equivalent to the game right now. Going to the casino floor in Vegas or Atlantic City is literally your best bet at trying your luck with these galaxy-inspired slots games.