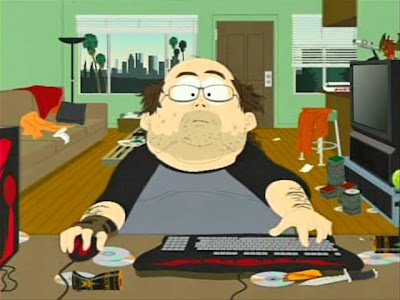 I can’t wait anymore! So close and it driving me crazy, I really love reading everyone’s opinion or predictions of what might happen but it’s 2011, YAY! Two years of being in aggravating pain in anticipation for the ultimate game of the next decade or this decade now.  If SWTOR doesn’t release soon I’ll harakiri myself with bothan stunner.  OK, that’s off my chest, I’m ready for my review now 🙂

Will Star Wars: The Old Republic it be the greatest game everyone is waiting for? Yes! I want it to.  No surprise there, but if it doesn’t go well all hell will break loose and I mean that literally I will grab my plastic lightsaber and start seeing everyone else Bantha Fodder.  But of coarse if it does go well you won’t see any mmo lovers or Star Wars enthusiast (which are almost the same category with a few minor differences) for the next few months.  Geek Squad will be off duty for those few months not playing games but uh… their family member was struck by a truck and they need to see them right away and will be with them for the time being.

If it succeeds, it will show that the “big iron” still works – throw as much meat as you can at the machine, and crank out a huge project, and spend your way to greatness. It will prove that the subscription model is still potentially the most lucrative way of monetizing an MMO, at least in the West. And everyone will breath a sigh of relief. The old gods still listen to our prayers, now shut up and find more virgins, we have to get the sacrifices ready for the next expansion pack.
If it fails, expect a rethinking everywhere.

Expect huge studios to throw everything at Facebook/casual gaming YESTERDAY, in a frenzied, and possibly futile attempt to survive. Expect it to be very difficult to fund new traditional MMO projects, as even the most clueless venture capitalist will remember news stories about EA and the Old Republic and how Blizzard was the exception that proved a rule. Expect free-to-play cash shop gaming to be The New Order for almost every MMO, launched or not. In short, expect the apocalypse in 2012.

And expect all the usual suspects to ignore all the games listed above that didn’t do that badly, because they’re still essentially statistical aberrations next to WoW.

2011 is the year of WoW: Not WoW. This is when those of us who still enjoy the old-school massive content-rich expensive-to-produce MMO (and I number myself among them) find out if we can have nice things.