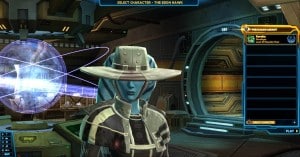 Severs will be down June 28th, 2012.. No wait delay that… no wait, servers will be down we Apologies for the confusion. I donw and up the went. Servers ARE back up now though and a small patch has been applied.

1.3.0a Patch Notes 6/28/2012
Group Finder
Leaving a Group Finder group where all other members have disconnected will no longer cause players to be temporarily locked out of Group Finder. Flashpoints and Operations will no longer occasionally reset and eject players who have recently used Group Finder for a replacement member.
PvP
Ballistic and Knockback effects no longer occasionally de-sync the character’s location, which could cause characters to not interact properly with the world (such as being able to be hit by melee attacks when the character appeared to be out of range).

Personally I have experienced both of these. Glad to see that it wasn’t just lag in pvp, but a pretty annoying bug.