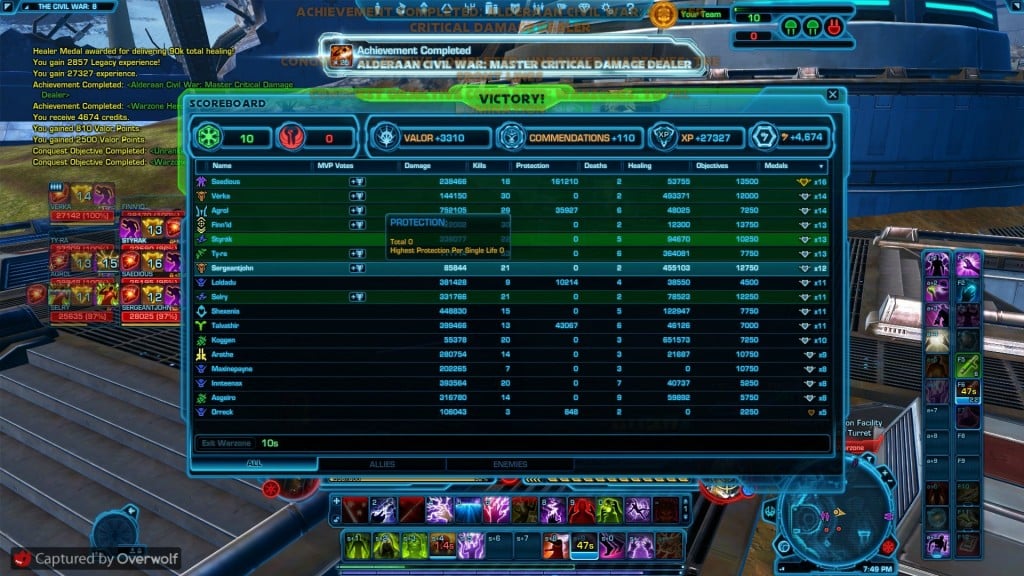 We have heard a lot of talk about SWTOR and the new content coming out recently. Fans are hyped up about all the good stuff coming with 3.0 but one player on the forums asked something that I was also thinking: Can we expect to see any PvP content or news any time soon. While SWTOR isn’t marketed as a PvP game, it does still have those elements to it and some players really like it so it would be great to see Bioware do a little more in this area to keep things fun and interesting.

Community Manager Eric Musco had this to say in response on the forums:

Good question, let me take a stab at this one. If you are asking specifically for news about new content, such as a Warzone or Arena map, then the answers is unfortunately no. There are no new maps, specific to PvP coming in the expansion.

However, if you are asking about changes coming to PvP then the answer is a resounding yes. Disciplines by itself will entirely change the landscape of Classes in PvP in 3.0 and shortly after 3.0 we will begin Season 4 of ranked play. In addition, there are a host of other global combat changes which will be coming as a part of 3.0 which will directly impact PvP. As just one example we are changing how set bonuses work! We will have more details on that, and all of the other global combat changes in a future livestream. So while there is no new specific PvP content in 3.0 there are many system updates and changes that affect every second of PvP coming!

As a reminder, we will be streaming tomorrow to showcase Disciplines. Then at some point in the coming weeks, we will do a secondary stream talking all about those global combat changes we referenced above.

Hope that answers the question!

So while the news is disappointing, at least we do have an official answer and we’re not just sitting in the dark wondering what will happen. Players can now update their expectations accordingly but it’s definitely frustrating for people who  were hoping to see some world PvP with this update and to be able to use the new skill Disciplines in PvP areas. So not quite what everyone was looking for but perhaps it is a step in the right direction.