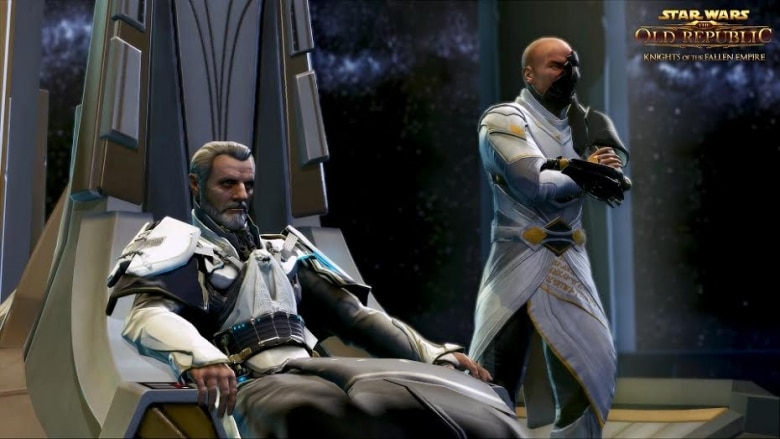 BioWare just posted a new blog post, explaining the combat changes, we can expect  in the upcoming expansion – Knights of the fallen Empire.

With the launch of Knights of Fallen Empire, we are planning quite a few general changes to combat. This includes everything from how some stats work to a new feature called Level Sync. Let’s jump in and talk about these changes.

We have reworked some of our stats with the goal of helping in itemization  as well as cleaning up some lingering imbalance between stats. These changes will reduce the amount of items that you find in game which simply don’t apply to your character. No more throwing items away because it has the wrong main stat, or hating that you have to get both Critical Hit Rating and Surge just to make the stats effective. These changes include:

We have added a new system to the game called Level Sync. What this system will do is that when you are on a planet, but above the target level of that planet, your level will automatically be lowered to that planet’s level. Ex: If you are level 60, and you return to Alderaan to do some Missions, your character will be scaled down to be level 32.

While you are under Level Sync the following things are adjusted on your character:

However, while under Level Sync we will not take away any abilities or passive effects that you have. Also, while under Level Sync you will earn scaled experience. So if you are a level 60, killing level 30 mobs, you will gain experience appropriate for being a level 60 . This enables a player to go play any of the content in The Old Republic and get rewarded appropriately for their time investment. Did you miss out on the heroic area on Tatooine? No worries! Now you can simply head there and check it out without dramatically stopping your progression.

We have also made some changes to how grouping and experience works. We felt it was important that we let players group up with whomever they want while still being able to make progress. With that in mind, we have made the following adjustments:

We can now grant players access to a temporary hotbar, with abilities on it that are only available for a short time. The most immediate use of this hotbar will be for the ability Throw the Huttball. Now, when you have the Huttball, a temporary ability bar will show up so you no longer need to have your throw on your normal hotbar. Similar to your normal hotbar, you can assign your own keybindings to these buttons. This will open up new possibilities for us to do some more interesting content in the future!

Speaking of trying to reduce some ability bar clutter, we can now actually replace older abilities with things that are direct upgrades. This usually occurs when a Discipline unlocks a new ability that is just a straight up replacement (Lethal Shot for Snipe as a Virulence Sniper, as an example). The new ability will take the same spot on the hotbar as the old ability. Whenever you abandon your discipline, the older ability will return to you.

Like we covered in the PAX Prime Livestream, Companions have gotten a significant overhaul. You can watch the stream here, but here are a few quick highlights:

In Fallen Empire player, Companions will continue to be a huge part of your personal story. All of these gameplay changes are to enhance their functionality.

As always, please let us know what you think about the changes we’ve made, and thank you.