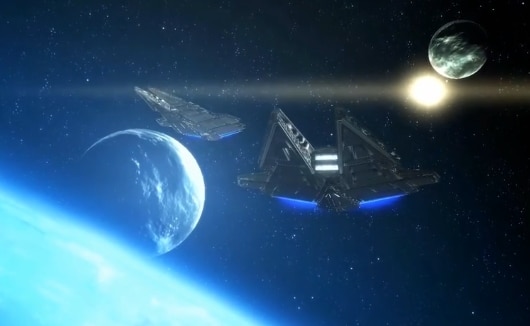 The removal of Nightmare Eternity Vault and Karagga’s Palace, isn’t the only news BioWare have for us today.  Players can expect some conquest changes in the upcoming expansion.

In Fallen Empire we will be making changes to Conquests so I wanted to let you know about what is being adjusted. One thing that we noticed in looking at Conquests is that not as many players as we would hope are completing their personal targets. We feel this may be because the targets are too high, requiring more time to complete than many players may have available. Because of this we are adjusting the target points for rewards in some Conquests:

Note that Guilds will still compete, as normal, for the top 10 on each Planet once these targets have been reached.
In looking at our data and in seeing playing feedback, one thing we have noticed is that many Guilds are primarily using the repeatable Crafting objective to gain points for Conquests. Although we want to include Crafting as an essential part of the Conquest effort, we don’t want that objective to be the “only best answer” to Conquests. Due to this we are making the following changes:

These changes will be reflected in Knights of the Fallen Empire when it launches. Thanks everyone.