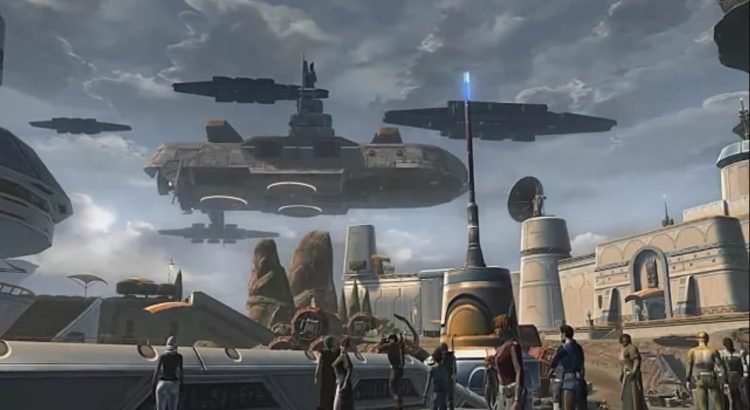 The SWTOR Developers over at BioWare Austin will be making some changes to the conquest system.  This is due to all the feedback they got from players after the the 5.8 revamp. Read more below:

In this thread we want to cover a few things about Conquests: our goals for the revamp, the feedback we are hearing from all of you, and what we are changing (and when). I recommend you start by reading our write-up of the changes that were coming to 5.8. Let’s jump in.

The Conquest Revamp – Goals
We had a few things in mind that we wanted to address as we moved from the old system into the new one. First and foremost were rewards. This includes ensuring that the new system delivers the rewards you earn, but also increasing the overall rewards for participating in Conquests. Here are is what you receive now when you and your Guild complete a conquest:

Here are some of the other areas we were aiming to address:

Your Feedback
We never saw this revamp as being a perfect change out of the gates, but it is a first step for us in crafting an improved Conquest system. Your feedback is incredibly valuable as we can immediately start making changes to get things to a great place. Now that you understand what our goals were, let’s talk about the things we are hearing from you.

Changed / Missing Objectives
This feedback was most commonly expressed from PvP’ers who saw a daily objective for winning a Warzone, but not one for participating. Our plan to combat the old system’s homogenization was to spread out all Objectives. This week may not have participation as an Objective, but it isn’t gone, it is just in a different Conquest. However, this information was not clear and breaks too far from the old system.
Plan: We are going to add a repeatable GSF and Warzone Participation Objective into all Conquest weeks. This will go into our next patch (possibly next week).

Objective Points Too Low
With the rebalance to Conquest Objectives, there is a general sense that completing your Personal Conquest takes too long and by proxy, Guild Invasions as well.
Plan: We are going to lower the Personal Conquest target to 15,000 per week (down from 20,000). We are also adjusting the Planetary Yield Targets to be:

Crafting Changes Too Harsh
Crafting in Conquests was just too good prior to 5.8. There is a feeling though that we cut a bit too deep on its overall impact to Conquests. The War Supply schematics were combined which made them harder to craft, and their point contribution went down, even with the added functionality of being able to consume them.
Plan: We are going to give it some time and monitor the impact of these changes, and then we will make any needed adjustments in 5.9 or beyond.

Large Yield Target Rewards Aren’t Good Enough
We are seeing concerns that the Large (and possibly Medium) Yield rewards simply aren’t good enough to warrant the extra points required. That this may cause most Guilds to simply filter down into Small Yields, which is counter-productive to the goal of getting Guilds to split a bit by Guild size.
Plan: This is something we are sensitive to but without seeing actual participation data around Conquests, we are hesitant to make changes just yet. We will monitor in the coming weeks and make any needed changes in 5.9 and beyond.

New UI Confusion
There definitely is some confusion around the iconography in the new UI, especially for Objectives. For quick reference right now, Yellow icon means infinitely repeatable, Blue means daily repeatable, no icon means once per week.
Plan: With 5.9 we will be adjusting some text along with adding tooltips to ensure that is a bit clearer. We’re also going to be swapping the yellow/blue to be consistent with the rest of the game. In addition, we’ll be adding some additional fly text for Conquest Objective completion.

Punishing to Alts // Legacy
With the rebalance of Objective points and the reclassification of some Objective types, there is some concern over the ability for a player with multiple characters in a Legacy to be competitive in Conquests. Additionally, there are similar concerns for folks with characters within a Legacy in more than one Guild.
Plan: One initial step to resolve this is the lowering of the Conquest targets as highlighted above. Also, by adding more repeatable Objectives (like PvP participation) as noted, this should give players more ways to gain points and make it easier to achieve targets. Beyond that we will continue to monitor data and your feedback to seek other possible changes in 5.9 and beyond.

That is most of the major points of feedback we have seen coming in regarding the Conquest revamp, but we know it isn’t everything. Let us know your thoughts on the changes we have planned. Also, even after these changes are out the door please keep your feedback coming. We are committed to getting Conquests to be enjoyable, challenging, and rewarding.