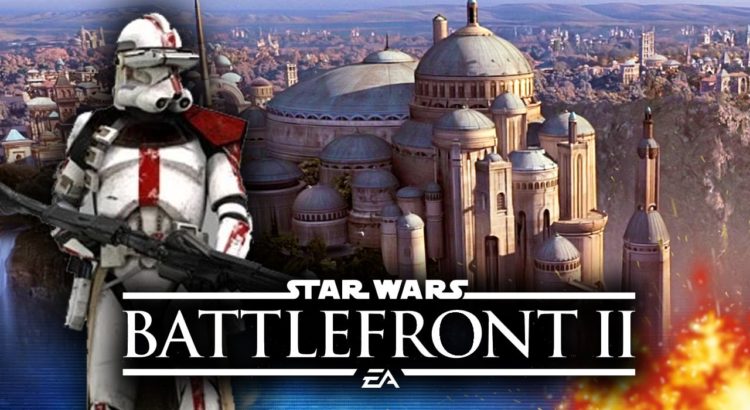 DICE have finally broke the silence and updated the community on future updates to the game.

Here is the break down:

Read the full update below:

It’s been a busy few weeks for Star Wars™ Battlefront™ II. We’re excited to have launched the game to the world, but recognize that there have been some challenges along the way. We have learned a lot, and are making adjustments to the game to ensure the best experience possible. On Tuesday, an update is rolling out that begins the Star Wars™ Battlefront™ II The Last Jedi Season by kicking off factional challenges, letting you choose a side and start competing for rewards as either The First Order or The Resistance.

Today, an update went live that includes some adjustments to the economy and progression. While these are only some initial steps toward making much larger changes, some of these are ready to roll, and are available starting today.

The end-of-round payout has been increased. This is an area we agree needed to be buffed a bit, especially when it comes to rewarding players for doing well in-game. We’re upping the number of Credits you get for a match across the board, and specifically bumping the top players on each team by even more.

Earn 3X more Credits daily in Arcade Mode. It’s been made clear that you were hitting the Arcade Mode Credit cap faster than we expected, so we wanted to alleviate that by increasing it to 1500 Credits. While we’re still looking into ways to add more content into it the mode in the long-term, we think that this should help in the near-term for those who want rewards for completing the different scenarios.

Daily Login Crates will now provide more crafting parts than before. You’ll notice the change right away when you log in. Crafting the Star Cards you want will help make sure you’re progressing in the direction you want, and we absolutely wantto empower that. This should help you get where you want to go faster when it comes to crafting and upgrading.

Things kick into high gear over the next few weeks, during the Star Wars™ Battlefront™ II The Last Jedi Season, with free* heroes, maps, and vehicles. Stormtrooper-turned-hero Finn joins the fight for the Resistance and Captain Phasma steps on to the battlefront for the First Order. New locations and vehicles will also arrive: you can fight on the ground on the salt-covered planet of Crait in Galactic Assault mode, or take to space in the Starfighter Assault map of D’Qar (flying Tallie Lintra’s RZ-2 A-wing, a vehicle you’ll be seeing in the film).