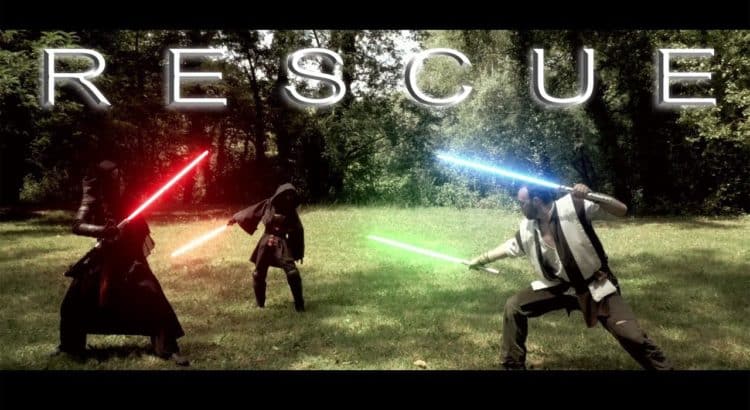 Are you looking for a bit of Star Wars lightsaber action to perk up your day? You may want to take a 5-minute break and check out this awesome fan fic. It’s short, so it gets right to the action immediately. It’s called “Rescue”, which gives you a good idea of what’s going on when you start, but it has a twist ending you probably won’t see coming. I won’t spoil it for you, of course, but you should really check it out.

It’s a short fan film with a lot of potential. There’s very little voice acting in it, but there doesn’t need to be. Honestly, that’s a testimony to the directing and the story. When you get tell the story without a ton of dialogue, it really says something. The makeup and costuming are pretty good, and the acting is also decent. The fight choreography is good. All in all, I enjoyed it and even watched it twice.

It was posted by Romane P. and there isn’t a bio or anything that explains more than that, but the credits list this person as the director, so here’s hoping we see more soon. I’d love to see how this story pans out, or even another completely unrelated short by the same director. There’s obviously some talent here, along with the love of Star Wars and those things combined make for great fan films.

Check it out for yourself:

So, what do you think? it definitely has a great story with an interesting end. Wonder what happens next? This was just published on November 4th so we’ll have to keep an eye out for a sequel.