Before we jump into the changes, let’s take a quick look at the stats of our newest units, the Imperial Sentry Droid and the Phoenix Squadron. 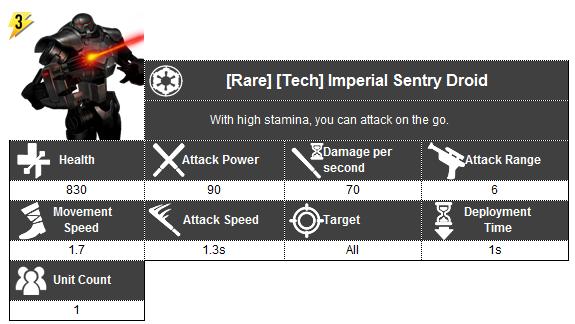 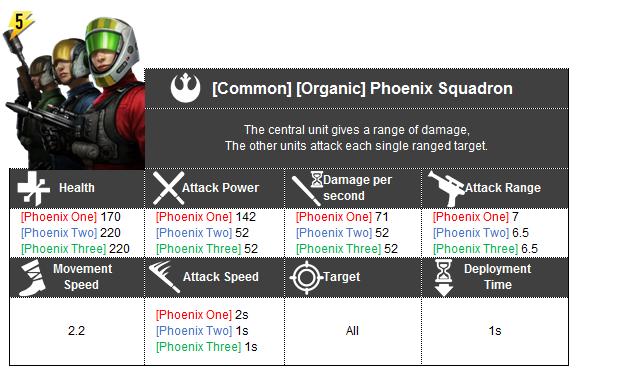 Boba Fett
Boba Fett is one of the galaxy’s most notorious bounty hunters. However, his excellence in the battlefield has yet to truly be explored in Force Arena. We are improving his movement speed allowing him to catch his enemies and will also increase the power of his flamethrower. We hope that this will bring more justice to one of the galaxies greatest bounty hunters.

The Imperial Royal Guards are entrusted with defending the most important man in the Empire, Emperor Palpatine. Their power has yet to be fully rrealizedin Force Arena. We are making a few more changes to ensure that they are capable of protecting the Emperor.

▷Imperial Royal Guards will walk for 2 seconds, then run towards their target.
▷During this run animation, if an enemy is targeted, the Guards will jump at their enemy dealing double their base damage.

Imperial Sharpshooter
The Imperial Sharpshooter is a powerful unit that can efficiently deal with units from a great distance. Unfortunately, in Force Arena it is used in a very low number of decks, and our data suggests that it is also one of the cards with a very low win percentage. We will be lowering the energy requirement of the unit as a first step in bringing them up to speed.

Luke Skywalker
Luke’s blaster deflection is one of the most powerful abilities in the game. We originally designed the deflection to prevent beam attacks, and for balance reasons, decided to exclude Turret fire. This update however will allow Luke to deflect tower fire. While this may seem very powerful, it will put Luke in a vulnerable position and will also not be attacking the tower itself. To balance out this newfound skill, we are reducing the chance of a successful deflection.

Kanan Jarrus
Kannan Jarrus has an ability similar to Luke, however it was pretty ineffective. The development team are improving his deflection ability to help him out more in his time of need. We are also modifying it to have the same tower deflection as Luke Skywalker.

Dressellian Sniper
Similar to the Imperial Sharpshooter, the Dressellian Sniper is not used as often as he probably should be. We are reducing the energy cost to give it more strategic value and make it more usuable.

Dressellian Rebel Warrior
We have been working on finding a fair approach to balancing the Drop Pod/Ion Mine combination which has plagued many players 2 vs 2 experience. The development team have decided to reduce the power of the Dresselian Rebel Warrior when attacking towers, whilst improving his leader damage considerably. This change should help to reduce the effectiveness of the Drop Pod/Ion Mine strategy.

Evaan Verlaine
Evaan Verlaine possesses excellent melee skills, and strong shooting skills. However, switching between the two types of attacks can be painfully slow. We feel that this is why she is so lowly rated despite her strong performances when used.

Chirrut Imwe
Chirrut’s ranged and melee attacks are superb, however the animation between the two was painfully slow, similar to Evaan Verlaine’s. We will be improving his switch in the same way.

Other Changes
1. If an enemy leader interrupts a skill whilst it is being used, the skill will no longer enter cooldown.
2. If a skill is used outside of it’s range, the leader will move automatically to the nearest target outside of the range. 1.7
3. Hera Syndulla’s ‘Ghost Pilot’ skill now shows the attack range.
4. The HP bar of the Shield Generator will no longer show if the turret in front of the generator has not been destroyed
5. An indicator has been added that shows the distance and direction between your leader and your leaders target.
6. Attack range of deployable turrets will now show when the turret is being placed.
7. Ranged attack visual improvements now show the damage taken at the correct time.
8. Fixed an issue where a Leader and their team members could overlap.