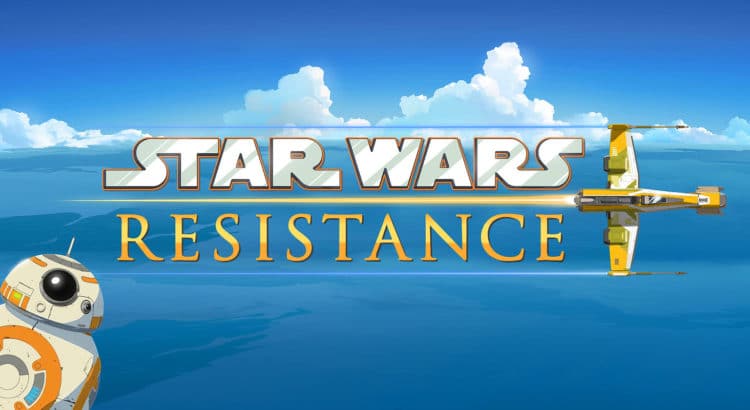 Honestly, it’s been a while since we’ve seen something new in the Star Wars world. We’re currently waiting on the next film and we don’t have much in the way of new games at the moment. But now, there’s some big news just announced. Are you ready for something new and exciting to whet your appetite for Star Wars? Get ready for Star Wars Resistance! Something new is coming and it sounds really exciting.

StarWars.com is thrilled to announce that production has begun on Star Wars Resistance, an exciting new animated adventure series about Kazuda Xiono, a young pilot recruited by the Resistance and tasked with a top-secret mission to spy on the growing threat of the First Order. It will premiere this fall on Disney Channel in the U.S. and thereafter, on Disney XD and around the world.

Featuring the high-flying adventure that audiences of all ages have come to expect from Star Wars, Star Wars Resistance — set in the time prior to Star Wars: The Force Awakens — will feature the beloved droid BB-8 alongside ace pilots, colorful new characters and appearances by fan favorites including Poe Dameron and Captain Phasma, voiced by actors Oscar Isaac and Gwendoline Christie, respectively.

How awesome is that? I love the idea of a new Star Wars series and I LOVE anime so this is hitting a lot of buttons for me. I’m definitely going to want to tune in and see what it’s all about. So, who’s behind this project and what can we expect from it?

“The idea for Star Wars Resistance came out of my interest in World War II aircraft and fighter pilots” said Filoni. “My grandfather was a pilot and my uncle flew and restored planes, so that’s been a big influence on me. There’s a long history of high-speed racing in Star Wars, and I think we’ve captured that sense of excitement in an anime-inspired style, which is something the entire team has been wanting to do for a long time.”

Follow @StarWars for the latest on #StarWarsResistance and check out StarWars.com for more exciting news on the series. We will also keep you posted here as we learn more and we’ll do some reviews one the series releases.