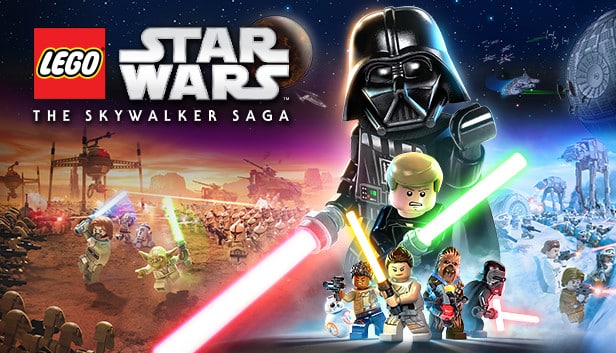 Lego Star Wars fans will be pleased to know that that TT Games will be releasing a new episode in the Lego Star Wars saga with the release of Skywalker Saga in the Spring of 2021. There was many questions from fanatics as to whether the Lego Star Wars would get a game on the latest consoles but they are thrilled to find out they will be.

Lego Star Wars: Skywalker saga is the first Star Wars games that allows you to play through all nine Star Wars films that is unchallenged in terms of Star Wars gaming. Although not much has been released on the new game coming to the next-generation consoles, it certainly does promise to be one of the most exciting releases of 2021. Pre-order here.

It’s difficult to pick out much from this latest trailer as there doesn’t seem to be much gameplay on it and more just sales-like cinematography. The developers have promised that there will be new game modes and the one that most have been looking forward to is the new “Freedom” mode in which gamers can now roam the galaxy on their own accord and experience the game in any order that they please – we do advise to play in order for a more traditional feel.

Gaming has become an industry that has grown exponentially in recent times due to the quality and variety of games on the market. Other industries have also been benefitting from similar quality and variety due to becoming an online service such as these UK Casinos Not On Gamstop.

This year is the year that gamers have finally been waiting for after a long seven years on the PlayStation 4 and Xbox One, with that era coming to a close when the new generation consoles are released. These new consoles promise to take gaming to the next level in terms of speeds, build-quality, aesthetics, and connectivity.