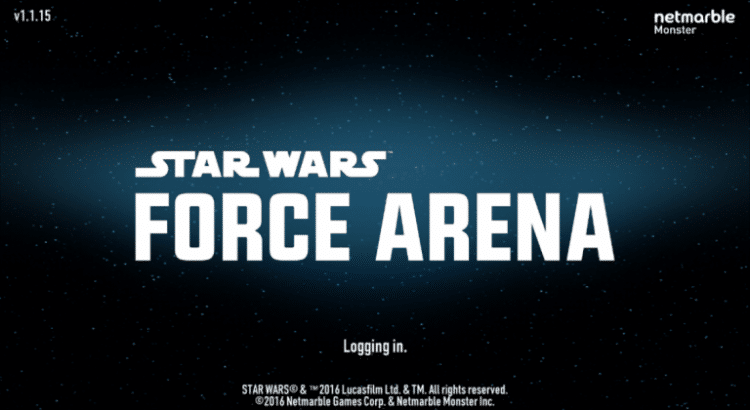 Star Wars: Force Arena isn’t available in the US yet but YodasNews had the great, exclusive opportunity to review it before the North American release and they’ve shared their initial thoughts with the rest of us.

“We were selected to play Star Wars: Force Arena a few weeks before it comes out in North America. It’s a real-time PvP card game where players build powerful teams from an impressive roster of more than 80 characters from the legendary franchise.  In Star Wars: Force Arena,  players battle by selecting character cards each with their own distinct skills and abilities.””

I love card games so I can’t wait to have the chance to see this one for myself. It has some really great art, including cards for some of the new characters of Rogue One. It also has several different ways that you can play. You can participate in battles, collect and upgrade, and lead a team of your favorite iconic characters from the franchise.

What do they say about the gameplay?

“The game play itself is smooth and fluid, and a tutorial is given for each new section.  The mix of the air and ground assault is also a nice tough, in other games I’ve played in the Star Wars universe, you were limited to one or the other. In Star Wars: Force Arena you can have 5 battles going on at the ground level and them call in support from the air at the same time.””

If you want to learn more, as well as see some great screencaps, head on over to YodasNews.com and read the full review of Star Wars: Force Arena for yourself.