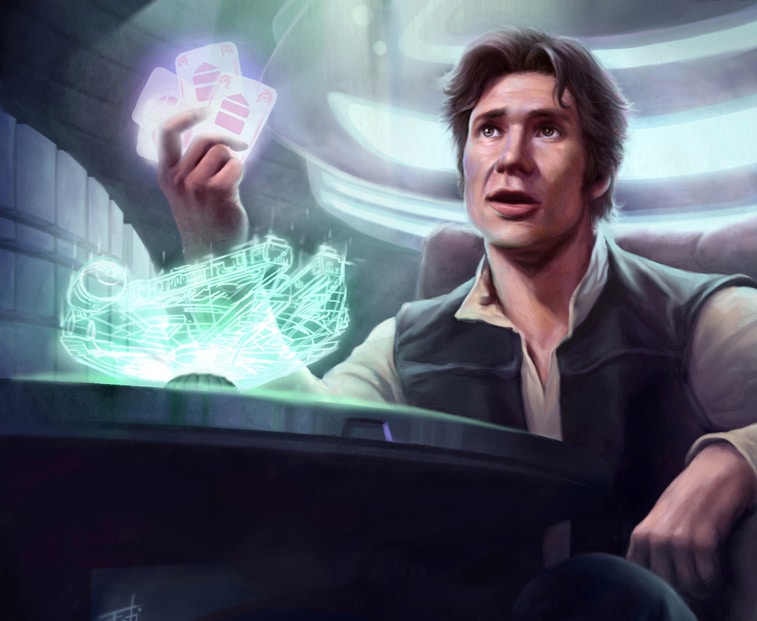 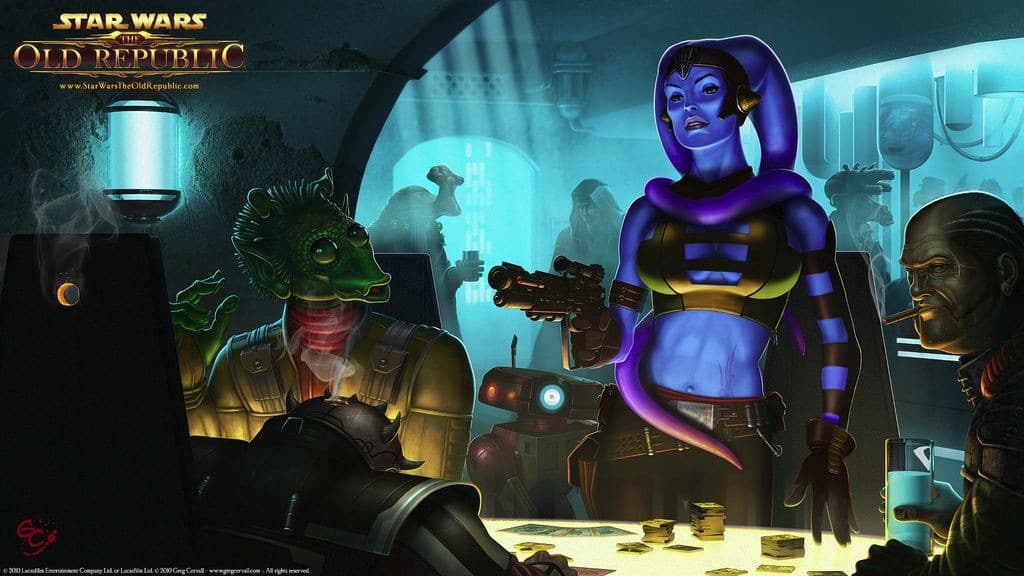 As every other iconic gambling game, so too Sabacc has crossed time and dimensions and reached our galaxy, and our interconnected network of computers.

If you don’t know what Sabacc is, let’s take this journey together and discover.

The first mention of Sabacc ever recorded on paper was in the second draft of The Empire Strikes Back script. In it, Han Solo recalls that his friend Lando Calrissian won Cloud City in a Sabacc game. Now that sounds like a high-roller game – winning a whole city in a card game is not too shabby.

From that modest beginning Sabacc spread through the various worlds of the Old Republic.

The cards used in Sabacc aren’t made of paper, but rather are enclosed screens all connected to a central computer. So basically there is no need to pick or throw cards, neither to shuffle the deck. When a round of play is finished the central computer simply send a ‘shuffle’ command to all the enclosed screens that reloads different images and numbers. Like the pulling the handle in a slot machine that makes the reels spin, a shuffle command in Sabacc makes the screen-cards to chan 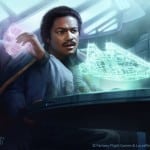 That’s it for the mechanics of the game, now let’s talk about the rules, which takes us to the blackjack-poker realm. The main aim of the game is to reach either 23 or minus 23; in blackjack it’s 21. You must be thinking – this is complex? Sounds pretty simple so far, right? Let’s roll and find out.

Here’s the first kicker. You can also win by getting sequence card values of 0, 2 and 3. Yup, there is a card valued at zero; it’s the Idiot card. And the sequence above is called an Idiot’s Array, which triumphs over a Pure Sabacc, plus or minus 23. Remember that and let’s see how the game is played. 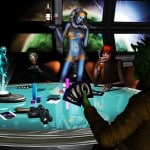 At the beginning of each round players, between two to eight, are placing their bets, similar to poker. Then, each player is dealt two additional cards and the round continues by drawing another card or standing. Basically, at this stage Sabacc runs pretty much like a poker game.

Once the game is Called, the player with the closest score to minus or plus 23 wins (if no one has an Idiot Array.) If two players have the same score they each draw additional card. If a player has zero when the game is Called (remember – there are cards that have a minus value) he will need to pay a penalty amounts to the total sum of the Pot. 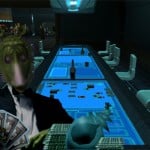 We’re not done, and here we come to second kicker, the notorious Sabacc Shift. If you recall, the game is controlled by a central computer that sends signals to the enclosed screens, a.k.a. cards. Randomly, the computer can send a Shift signal that basically redistributes the values of all the cards in play. Meaning, all the cards held by the players all of sudden change! This can happen once, twice or even three times, depending on the computer’s mood. 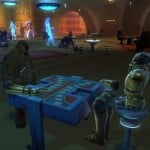 The only way to avoid Shifting of your cards is to place them in the Interference Field, a neutralized zone in the middle of the table. A player can choose to place any card there during any stage of the game, and this card will keep its value even during a Shift. There’s a double-kicker here too: if you place a card in the Interference Field, it must be placed face-up, and all the other players can see its value.

So it is the dangerous balance between holding on to a card and revealing it to all the other players, deciding that its value is important to your bet even though the value of all the other cards you are holding can change at any moment, is the true pinnacle of Sabacc. Still think it sounds like a simple game?

You can give Sabacc a try yourself. You can download it here or here.