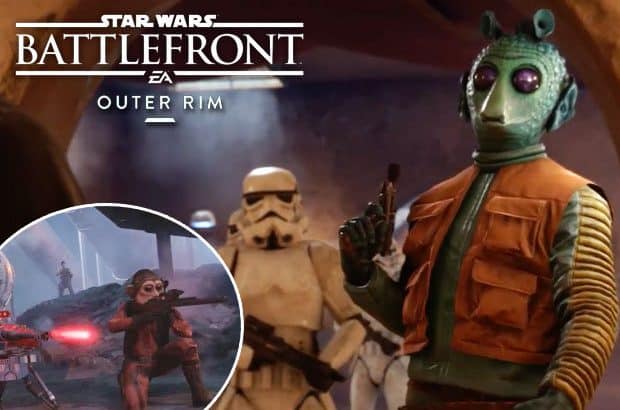 May 4 is the official Star Wars Day and to celebrate, the creators of Battlefront have treated their Xbox, PC and PlayStation-based clients to a bunch of freebies which had indeed been promised some time ago. DICE have long promised a wealth of new content for the game which has often been called shallow and lacking on this front. After the first DLC (Outer Rim) met expectations, the next DLC (Bespin) is scheduled for release in June. This week though, the developer launched a May update, which has ironed out an impressive number of bugs and problems, while setting the stage for the May 4 goodies.

What exactly are we talking about though? For starters, players were encouraged to just log in, and those who did certainly found it worth their while: they received 4,444 credits they could spend the way they saw it fit. This was obviously a massive boost to those still stuck on the lower levels. The deal expired on May 5, so it really was a very special opportunity indeed.

Hutt contracts have been around for a while, but on May 4 a brand new such contract was added to the mix. Those who completed the requirements and spent enough credits, gained access to a brand new Star Card, that of the Bacta Bomb. Its name rather misleading, the Bacta Bomb is not actually a device focused on causing damage to the enemy. Instead, it heals the player and his/her allies. What’s more, the Bacta Bomb adds additional health on top of the full health-bar, thus essentially bringing an entirely new dimension to the game. The bomb has to be thrown. It then produces a cloud of healing mist, inside which the healing/boosting effect takes place.

In addition to all the above, DICE made it possible for players who hadn’t yet purchased the game to log in and to give it a shot for free – at least for a few hours.