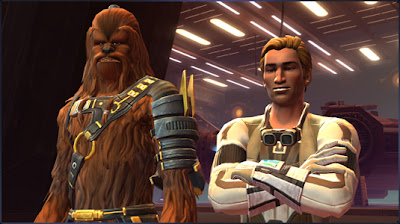 In todays second Friday update Senior Game Designer William Wallace has written a blog entry that delves into the subject of companion AI and how it will affect the group dynamic. In particular he touches on the ability of the various companions to fill the role of a player character during more challenging quests.

Star Wars™: The Old Republic™ features a large amount of group content, including Heroic Quests (challenging quests requiring 2 or 4 players to complete) and Flashpoints (highly engaging instanced story content for groups of 4 players). One benefit we’re seeing from our new, fully featured companions is additional flexibility about how players approach group content. A full group in The Old Republic always has four players. Any player leaving the group can be substituted by a companion of the group’s choice, with the party leader in control of which player gets to use their companion. 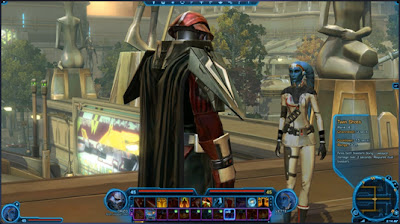