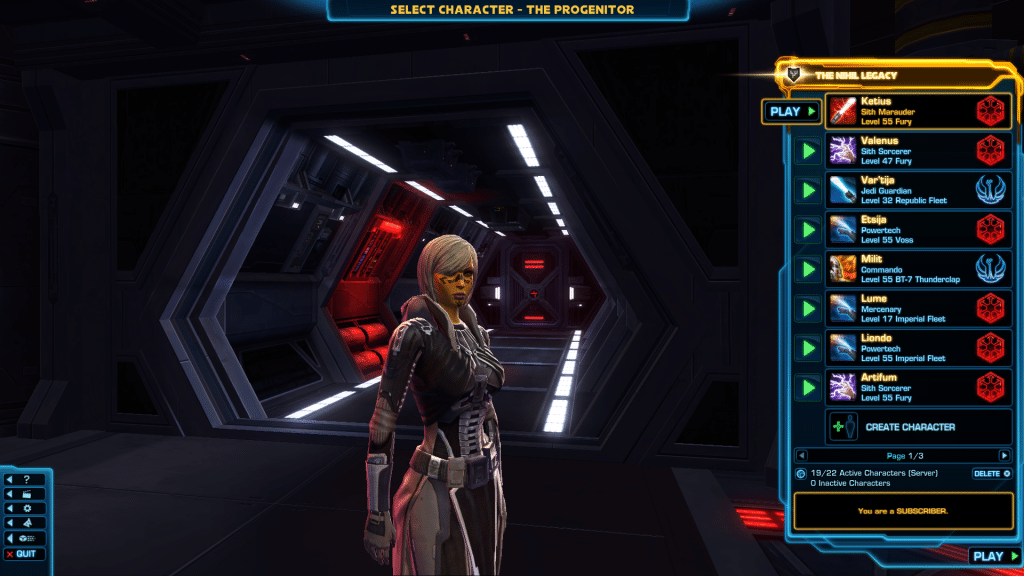 It’s happened before… a bug exists in a game and people like it so much, it becomes an intended feature. Such is not always the case with SWTOR. Remember way back when you could message someone on their main and when they logged an alt, continued messages would go to their alts? A lot of people loved the feature but others worried it never allowed you to “hide” when playing the game. Bioware later removed it, stating it was a bug but many players wished they would bring it back with a toggle feature so if you didn’t want it, it wasn’t forced on you but those who liked it could use it.

Another bug discovered just a couple weeks ago that was popular was the character select screen bug. In this bug, it allowed a different view from the character select screen- one that showed the character from about the knees up and with a more detailed background.  While confirmed as unintentional, people liked it so much and spoke out on Reddit and the official SWTOR forums that they wanted it to stay, or at very least to have a toggle functionality for it.

Tait “pariahloki” Watson | Community Production Coordinator posted to the official bug thread that he would pass on the word that players wanted it to stay in the game.

Yet there are others who don’t like the view, consider it ugly and want it to go away. If you didn’t see if for yourself, here is a video that swtorPaladin made that shows them all.