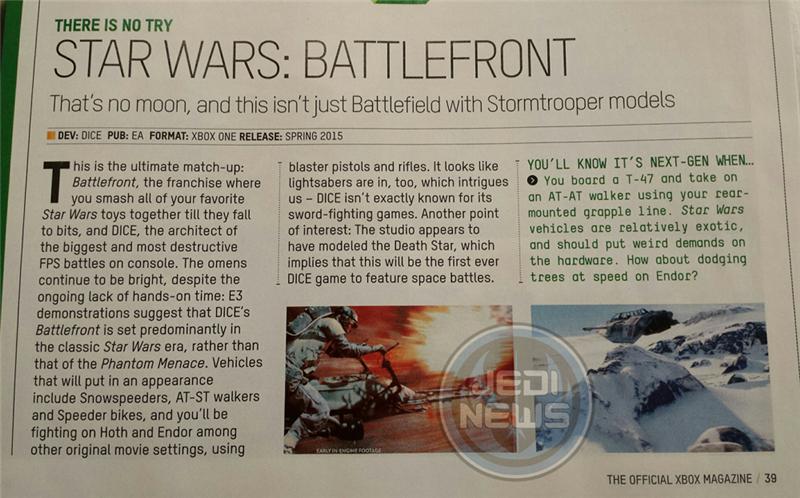 What can we expect from upcoming Star Wars: Battlefront? That’s a question that many Star Wars game fans are asking and one we’ve even been talking about here on the site often. While we’re all excited to see a new Star Wars title make it to publication, some fans worry that Star Wars: Battlefront will not be all it’s cracked up to be. Some fear that it’s all hype and no substance. So each time we hear some new info about this game, we want to pass it on to you. As we’ve learned time and time again, we can never truly know what a game will be about until it’s launched and we’re playing it. However, it’s fun to follow and speculate as we wait.

There’s some new news about Battlefront that says it might be the first DICE game to feature space battles. This is big news if it turns out to be true. Space battles done well in a game is a debatable topic. Will DICE be able to pull it off successfully?

The September issue of the Official Xbox Magazine has a brief article on page 39 that suggests a potential first for developer DICE with their highly anticipated upcoming Star Wars Battlefont title. Click the image above for a larger view to check it out.