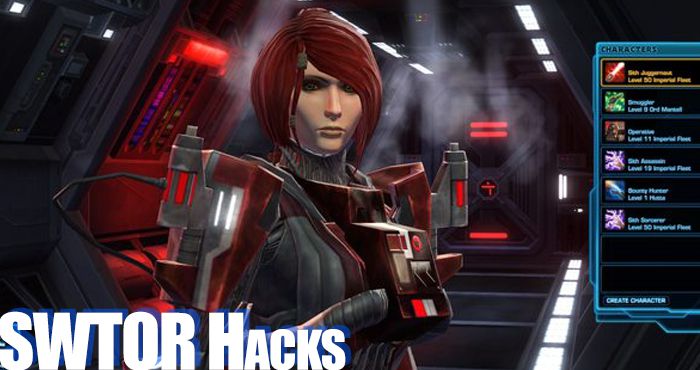 Whenever there is a game to be beat, there will be someone who wants to cheat or hack their way through it. Video games are no exception. I still remember growing up as a girl in the 90s when “cheat codes” were a big thing for console games. Fast-forward to online games today and we seen new ways for people to cheat, hack , or exploit games. While the old fashioned “cheat codes” of a single player game or other console game were less harmless (especially in single player mode – who is it really hurting?) the hacks that exist in multi-player gaming environments today can be brutal. They can completely destroy the integrity of the game and ruin the experience for everyone involved. Counter-Strike is a great example of that.

So what happens now that hackers are taking SWTOR PvP by storm? There are hacks that can make you fly which also allows players to get into the structures of some of the SWTOR maps. Hackers can hide and wait a full round, allowing the enemy team to die and then winning by default. This is just one of the ways hackers can exploit and ruin PvP in the game.

So you can see why players who enjoy PvP are frustrated. What can be done about it? Is BioWare handling it the right way? Perhaps there needs to be harsher penalties for people who use these hacks. The hackers share information that tells others exactly how to do it and even how to make another account if they get one account banned, as well as how to avoid getting the account banned. It seems BioWare just cannot keep up. The massive influx of hackers can completely ruin ranked PvP for SWTOR players.

If you’ve spent any amount of time on the PvP forums, you’ve probably seen they are filled to the max with complaints. Many players have stated they submitted reports of known hackers but nothing seems to be done about it. What are some good solutions BioWare could implement to fix this issue?