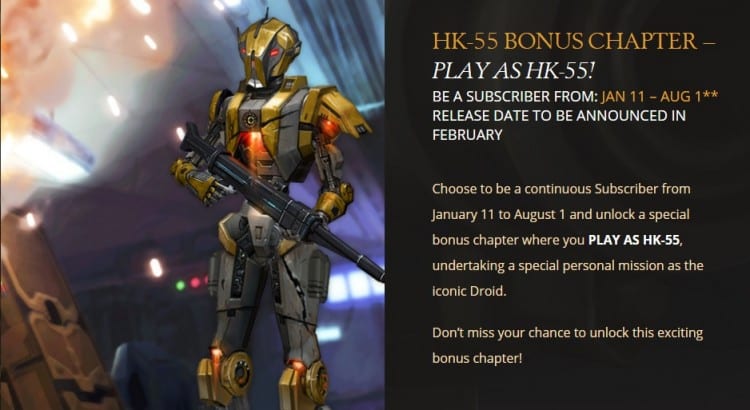 BioWare had a producer livestream on Twitch yesterday.  Here is a rundown of it:

Ben Irving (Lead Producer) and Musco are present in the livestream. 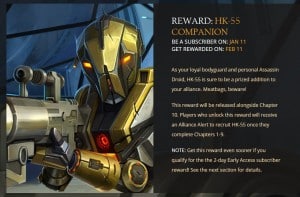 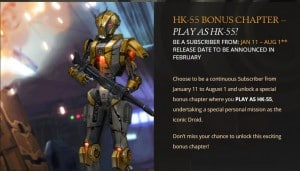 Dulfy recorded the whole show. Check it out below:

Chapter 10 – Anarchy in Paradise will be launching on February 11th. Along with Chapter 10, will be Game Update 4.1 which will include Fighting for the Eternal Championship, Bowdaar as an unlockable Companion through Alliance, and updates to Crafting. We will have more details on those changes in January.
We have a whole host of new subscriber rewards for you as well:

Throughout the month of December, we will have plenty of things going on as well. The Gree, Rakghoul, and Bounty Contract events will each run for a week. Log in any time from 12/8 to 1/5 to receive our 4th anniversary rewards, including an HK-51 Stronghold Decoration, more information later this week! We will also be running Life Day and Double XP, more info on those tomorrow.
We hope you enjoyed the stream and want to thank you all for tuning in. If you have any questions about the stream or anything else, throw them in this thread and I will work with Ben on getting them answered. Thanks!