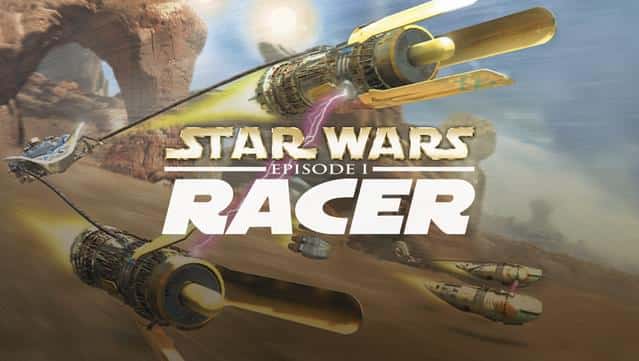 We brought you the recent news that Star Wars Episode I: Racer was being re-released for the Switch and the PS4. I, for one, am very happy about this announcement from Aspyr and can’t wait until it’s my turn to replay this old classic from my own youth.

When it comes to Star Wars games in general, we’re not going to complain about a new title release, or a re-release. It’s just great to see people keeping the Star Wars spirit alive.

That said, good games should never be forgotten and Producer James Vicari agrees. In this interview with StarWars.com, he describes why they felt the need to bring this port of the old game back to the modern systems. Here’s a snippet:

StarWars.com: Star Wars Episode I: Racer is really fondly remembered. What do you think is the legacy of that game?

James Vicari: Legacy is an interesting thing to try and talk about. There’s like the pure metrics aspect, right? It’s one of the bestselling racing games of all time. At some level that means something, but it’s not the thing that makes people talk about a game 20 years later. That’s an intangible. And with Racer, I think its legacy is a very specific feeling of joy. When we announced it within the company, it was crazy how many faces lit up. Once we had it up and running, people from every department kept dropping in to check it out. If you’ve played it, you know. There’s just something about being in one of the coolest scenes from a Star Wars movie.

StarWars.com: Why is reintroducing Racer important to Aspyr?

James Vicari: Honestly, because good games should never be forgotten and great games deserve to be revisited as much as possible. I think Racer, like Jedi Academy and Jedi Outcast before it, has two crucial qualities: it’s a great game and it has emotional resonance. Those are very important to us. We really believe in reuniting fans with something they cherished, or connecting a new audience with something they may have missed.

I definitely recommend heading over to the site and reading the full interview. If you played the game before, it will give you that nostalgic feeling and get you excited to play again. If you haven’t ever played it before, it will help you see the importance of the project and understand why others are hyped about it.

They also talk what got upgraded, modern controls, and other interesting tidbits that are definitely worth your time.

If you’re anxious to play it like me, you can expect to see it coming by May 12th. Woo hoo!