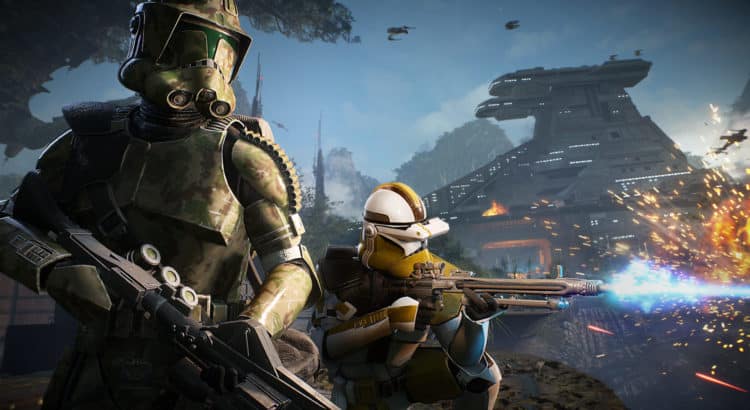 Battlefield has done everything a successful franchise of video games could ever hope to do. It’s sold millions of copies, spawned multiple sequels, and reached the point where it’s no longer possible to please the entire fan base. Battlefield V was a huge success financially but also had fierce critics. The same fans who criticised it are openly worrying about the quality of Battlefield VI long before it gets here. If that game – which is currently being kept under wraps – arrived on schedule, it will be here by Christmas this year. There’s another Battlefield game being worked on right now, though – one that won’t arrive until 2022. Unlike every Battlefield game that’s gone before it, it will be aimed at players on mobile phones and tablets.

There have been rumours about a mobile version of Battlefield for years, and one has thought to have been in development since 2020. That might have been true, but we’ve only just received confirmation that it’s happening. We’re not sure why Electronic Arts has waited so long to make a move. The mobile version of Call of Duty has done incredible numbers for Activision, and almost every other major gaming franchise of the past decade has found its way to mobile too. Battlefield has been one of the last remaining holdouts, but it seems EA has finally bowed to the forces of inevitability.

There’s probably never been a better time to get involved in the mobile gaming market. There are hundreds of potential customers for the right game and almost unlimited amounts of money to be made. The route to success has been shown by online casinos, which have been converting their games into mobile games in recent years. In doing so, they’ve boosted their income to the point where they’re making more than fifty billion dollars per year between casinos such as Leo Vegas,  and the rest of the big players in the gaming market have opened their arms to mobile-based players and given them a platform to indulge their hobby. By doing the same, EA could get a big cash boost. Given the fact that the company might soon have to stop including loot boxes in its console games, the timing could scarcely be better.

So, what do we know about this new mobile game? Not much so far, because the announcement was only made on April 22nd, but we’ll tell you everything we’ve heard so far. EA’s in-house production company DICE has teamed up with experienced mobile game developer Industrial Toys to make the game but hasn’t yet offered us anything in the way of a release date other than 2022. The game will be standalone, and so while it might carry some of the features of past or future Battlefield games, players won’t need to have played any of the console or PC versions to understand the narrative of the mobile game. Nor will there be a requirement to own any other version of Battlefield in order to make use of this one. Internally, EA and DICE view the game as a genuine competitor to both Call of Duty and PUBG, both of which have enormous player bases on mobiles and tablets. Call of Duty alone has had three hundred million downloads as of the time of writing.

Oskar Gabrielson, the general manager of DICE, has been speaking to the media recently and had a few more things to say. Without specifically confirming the rumours that the game has been in development for at least a year already, he said that the mobile game has come off the back of multiple prototypes that were never released to the public. He also seemed to confirm that all of the major design and building work on the game has already been done. According to Gabrielson, the game is now in its testing period before launch. There will inevitably be changes made after the testing phase is completed, but the bulk of the work must already have been done. Because of that, we expect the game to be released closer to the beginning of 2022 than the end of it.

As we already know and have mentioned in this article, there will be a new “full” version of Battlefield with us before that. Battlefield VI is close to completion, and more details are beginning to reach the gaming press about what we can expect from it. With the details have come a few rumours, one of which is that the game will be the first in the series to have a “free to play” mode. If true, that will be another tip that EA and DICE have picked up from Activision and Call of Duty. Since Call of Duty: Warzone was released in March 2020, it’s become such an enormous hit that it’s thought to have had a material impact on the number of people playing Fortnite. The format of Battlefield lends itself well to the battle royale format, so it would make all the sense in the world for the feature to be included. EA hasn’t specifically confirmed or denied the existence of such a mode in the next game as of yet, but there’s an allusion to its potential existence in a short survey that EA recently sent to players.

Another story we’ve heard is that the new version of Battlefield will not be last-gen compatible. That might seem like commercial suicide right now because of the ongoing shortage of new-gen consoles, but that situation ought to have resolved itself long before the end of the year. Battlefield VI will be a triple-A high profile feature and has been built for the new era. Rather than cutting content out of it or downgrading graphics so it will run on the PS4 and the Xbox One, DICE may have decided to cut the cord and leave the last generation behind. We can expect to see this happening more and more in the future.

It might be a while before we get any further news about the mobile game, but that shouldn’t be the case with Battlefield VI. If development has gone to plan – and we have no reason to believe that it hasn’t – we expect full trailers and further announcements to start appearing within the next two to three months, if not earlier. When they do, we’ll be sure to bring you all the latest news and developments right here. In the meantime, make the most of Battlefield V while it’s still current. As much as you might love it right now, it will begin to feel like old hat the moment the latest version is released!