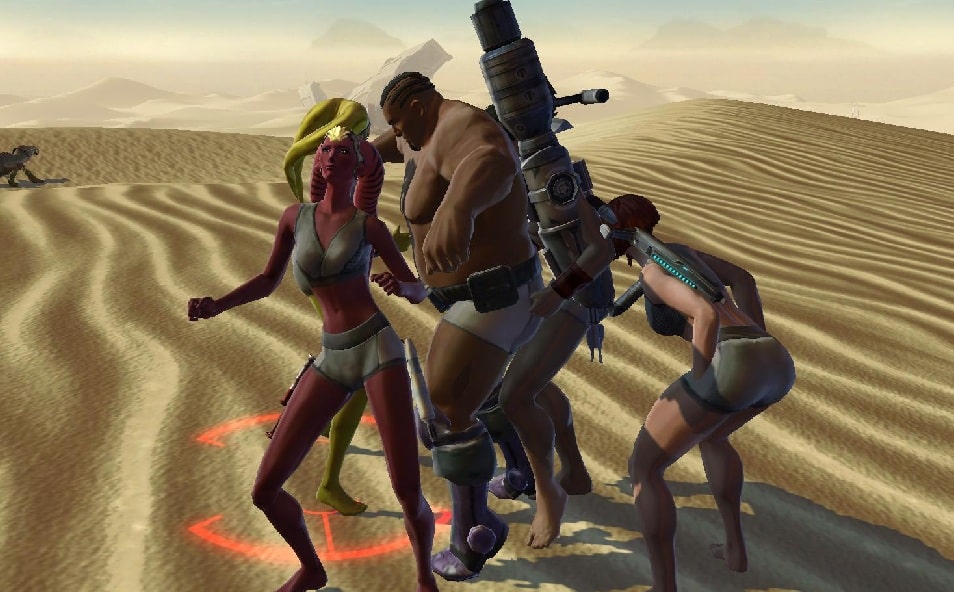 The new and improved “Friends Of SWTOR Program” is now live with great new rewards! Rewards are retroactive even though they said this would not be the case – which is awesome. What is less awesome is the   “within 14 days of signing up” limitation on getting your rewards. Some people referred friends at the launch of the Hutt Cartel expansion but they were unable to play it due to school/work/etc. Now that they’re able to actually play and have the desire to subscribe, I find that I won’t be getting anything for telling them about this game since it’s WAY past 14 days.

I guess it’s not too bad though. I’d rather have people to play with than a bunch of droids. Though that speeder would have been nice…

As an active Subscriber, you have a personal referral link to send to your friends!

New players can play free up to Level 50 with no time limit and also receive the Jumpstart Bundle with boosts and items for faster leveling.

Previous Subscribers enjoy seven days of subscription level access with unlimited access to missions and features up to Level 50 plus the following:

One Complimentary Character Transfer for the lifetime of the account. For a full list of Subscriber benefits, visit www.swtor.com/free/features

If your referred friend becomes a Subscriber within 14 days from signing up, you receive: