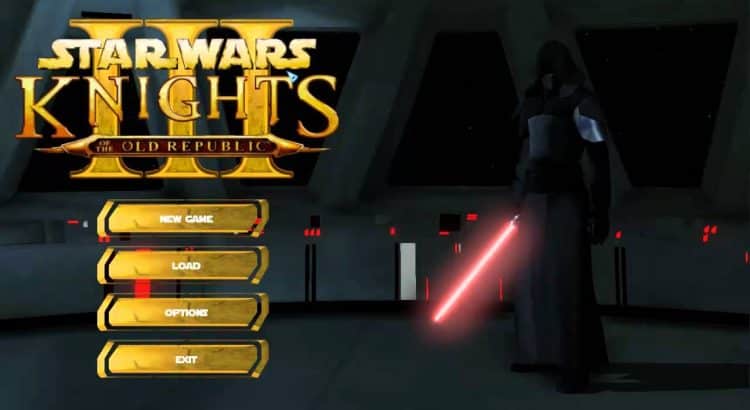 Obsidian Entertainment, the developers of the very popular Star Wars: Knights of the Old Republic II announced this week that they’d love to make a KOTOR III. During a Reddit ‘Ask Me Anything’ (AMA) session held earlier, they also said that they would enjoy returning to work on the Fallout Series. Many fans of both franchises would likely love to see them return to make the great content they do so well.

But just because they’d be up for doing it and fans would likely appreciate it, doesn’t mean they’re going to get the chance. As social media manger Mikey Dowling said, “The title is out of our hands as EA has the license for the games. We’d love to return to the galaxy far, far away if we had the chance!”

Obsidian CEO Feargus Urquhart said, “If you could pitch EA on that for us, I’d be your friend for life.” All joking aside, it’s nice to see they are seriously up for it although it’s likely never going to happen.

Star Wars: Knights of the Old Republic 3 was originally being developed in-house at LucasArts but this was happening around the time of the second game’s release and then it was cancelled as part of the cuts within the company. This is one game that fans have been begging them to reconsider and that would likely have a big fanbase if it did. There are some who worry that a new installment would hurt SWTOR or possibly other Star Wars games and many who argue that all it would do is broaden more horizons as far as Star Wars games are concerned.

Would you play KOTOR III? Would you like to see Obsidian work on it?