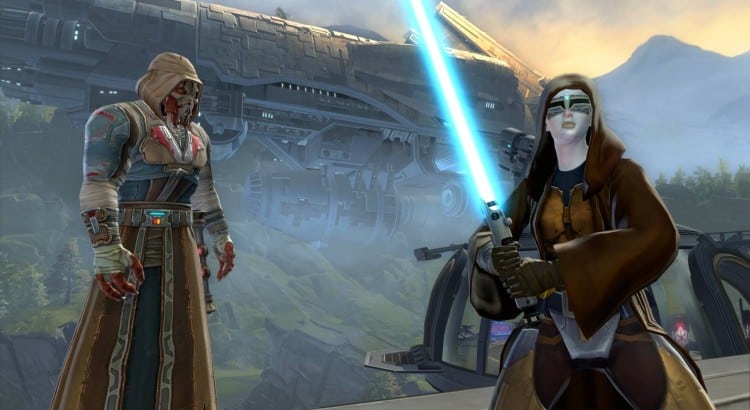 Many fans of SWTOR are of the opinion that silent alliance missions are hurting companion reunions. Most agree that any class meeting a former companion should be fully voiced. Other classes can have the text options but it takes away from the overall experience of the companion reunion and for many, it makes them feel so emotionally unattached that it ruins the experience. Imagine meeting with a companion after a long absence. You express how much you miss them and how happy you are to see them again and he/she just stands there blank-faced. Yeah… it’s kind of a let-down.

For many players, one huge appeal to SWTOR was the voice acting. The live scripting really brings the game to life and enhances the story. For many fans, it is the one thing at the top of the list when we tell friends why they should be playing this game. To take this away does detract something from the experience. Yet, it seems like that is the direction things are going if they continue to cut the fully-voiced conversations in favor of silent-protagonist conversations.

Some fans have expressed their understanding of the challenges that BioWare faces with this and ask instead to find a compromise. Some fair middle ground would have worked better than the awkward silence and little to no facial responses that companions have. While cost is always a factor on the side of the developer when it comes to this sort of thing, there is more to be concerned with than money alone. Live voice actors can also seriously impact the timeline in which content can be released. There are likely several reasons BioWare made the decisions that they did to change and silence some alliance missions. That still doesn’t mean that many fans aren’t going to be disappointed about it. What do you think could have been a better compromise or solution?