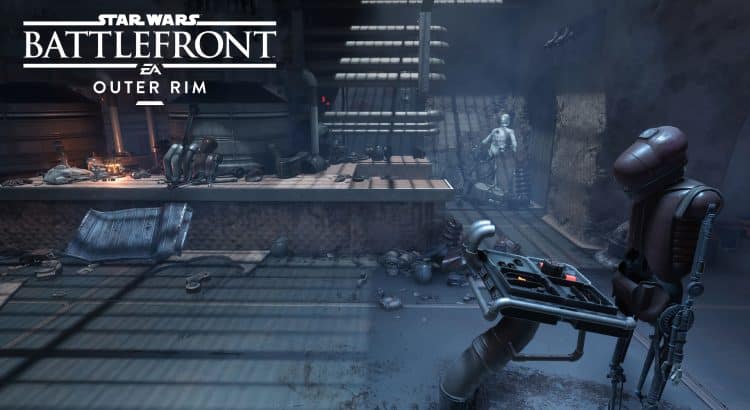 The first Star Wars: Battlefront DLC pack, Outer Rim, will be made available to players for free this weekend, more precisely from May 13 to May 15. This way, those who didn’t think the $15 DLC cost was worth it, will get a taste of what they’re missing, and maybe they will make up their minds to get Outer Rim, a potentially good move for those who want to play on for several more months, as apparently none of the DLC’s coming after Outer Rim will work without it.

The promotional offer covers all four of the new maps, The Palace Garage, Jabba’s Palace, the Pipelines on Sullust and the Sorosuub Refinery as well as the new game mode (extraction) brought about by Outer Rim. Players will be able to give the two new heroes a go too. What they won’t be able to access though are the new Star Cards and the Outer Rim-specific weapons. These will remain available only to those who possess a season pass or have already purchased the game.

In an announcement made earlier this week, EA have released the numbers the game has thus far produced sales-wise: some 14 million copies have been picked up, covering all platforms. With the same announcement, a possible Star Wars Battlefront sequel was also mentioned, a game which would feature more tie-ins to the newer movies.

The Battlefront community hasn’t exactly rolled out the red-carpet for Outer Rim, and apparently there’s still some resentment lingering around regarding the price of the expansion pack and the fact that – according to many – such content should’ve been included in the original release. EA’s intention with this weekend promotion is obviously to convince these doubters that Outer Rim is in fact indeed worth the extra $15, and that future DLCs will be worth the money too.