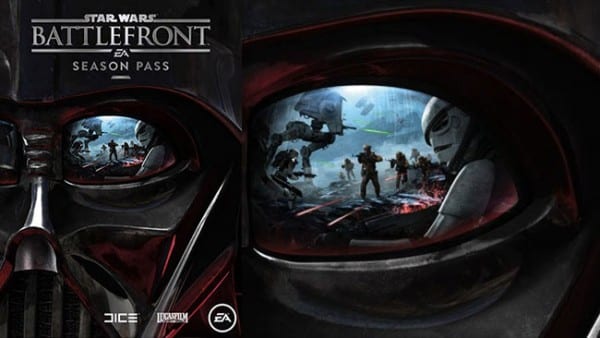 EA recently announced both the Ultimate Edition of Star Wars: Battlefront and also the DLC Season Pass. It sounds similar to what DICE has offered for past games. The season pass provides access to four expansion packs “coming at a later date.” EA didn’t give any other specifics of what’s in the packs or how often they will be released at this time. They did say they will be “filled with new content that will take you to new locations across a galaxy far, far away,” so it’s possible new maps are part of the packs.

The Season Pass also comes with a “Shoot First” emote. We can speculate that we might also see new co-op stuff, new gear and possibly new game modes. That said, the Season Pass won’t come cheap. It’s already listed on the Xbox Store, PlayStation Store, and Origin at $50. If EA/DICE follow the same setup as the recent Battlefield games, the packs could cost $15 each.

This announcement has rubbed a lot of gamers the wrong way, however. Many are displeased with how EA makes their money on games and this is a clear example of why. Why? Well, it’s greedy (at least that is what some will say). It also attempts to nickel and dime the gamer into paying a higher price point for a game they are already emotionally and financial invested in when most will happily pay top dollar from the start for a complete, polished, quality game.

If a company is going to charge for DLC and additional content, $50 is too high a price point. After that, each DLC will cost around $15 (based on averages) so this means a person could pay more than $110 for the “complete” game after taxes! Currently Origin lists the Ultimate Edition at $120. This is just the Season Pass and Deluxe Edition combined.

For the game to be worth that much, it would have to have something that completely blows us away and it doesn’t look likely at this point. It doesn’t even have a single player campaign.

Still, others say they don’t mind paying that much for entertainment. Have you seen how much it costs to go to a movie these days?

The biggest complaint that most people have on both sides of the fence is that this stinks of EA releasing an unfinished game and them conning people into paying more for the actual content after the fact. It seems seedy, desperate and disrespectful to the community.

So what do you think? Did you enjoy the beta? Will you be buying the Season Pass and/or upgraded editions of the game? Do you agree with this method EA is using to profit on the game? Sound off in the comments!