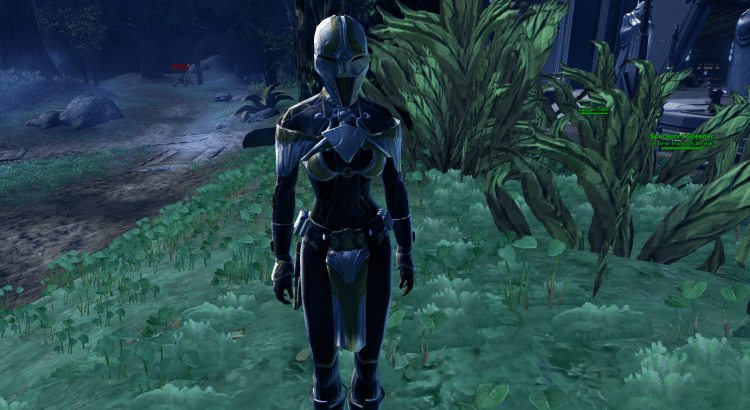 Eric Musco just informed the community that BioWare intend to ad some changes to Command Ranks in Patch 5.2. Below are all the details

In Game Update 5.2, we will be introducing a new tier of gear to Galactic Command. Tier 4 works a bit differently than other tiers and so we want to provide you with insight about why we’re implementing it. Additionally, we know our social post raised a few concerns and so we want to tackle those first.

Why add 100 more Command Ranks?
The 100 new levels were simply a logical next step for adding Tier 4 gear. However, since it’s already possible to rank up at Command Level 300 indefinitely we decided to take your feedback and keep the current cap. So, starting in 5.2, Command Crates dropped at Level 300 will contain Tier 4 gear (going forward Tier 3 will stop being provided at Rank 299).

Why a new Tier of gear?
We have two main goals in mind for the addition of Tier 4: The first is to act as a benefit for players who put in the time and effort to level up to Command Rank 300. The second goal is giving the most skilled PvE players in SWTOR a worthwhile reward for their coordination and gameplay mastery while also introducing gear drops needed for taking on Tyth in Veteran Mode and other Master Mode Operation bosses. PvP players will also be able to purchase Tier 4 gear for Unassembled Components as they do for other Tiers today.

Now let’s talk about what sets Tier 4 apart from previous gear upgrades. Perhaps the best way to start is to read up on how Command Crates are changing in 5.2.

Tier 4’s biggest difference from previous Tiers is every gear drop from a Command Crate will be Prototype (Blue) Artifact (Purple), or Legendary (Gold); there are no Premium (green) items. Additionally, Prototype quality items in this Tier all have set bonuses. This means every piece of gear coming from a Command Crate in Tier 4 will have a set bonus (where applicable) and be of Prototype or better quality. It’s also important to note every piece of gear in Tier 4 is better than gear from previous tiers, including Tier 3 Legendaries. As Legendary Tier 4 items are best-in-slot, they will remain fairly rare from Command Crates.

Tier 4 is primarily for our most hardcore players who have maxed out their Command Rank and are working on getting best-in-slot gear for their character. Now, with Galactic Command, every player has an opportunity to get a complete set of the best gear offered in SWTOR.

Does this mean Tier 5 and/or more Command Ranks are coming in the future?
We certainly have explored the idea of adding more Command Ranks (as you know) and Tier 5 has been actively discussed as well. While we do have plans for new items in the future, these may or may not come with additional Ranks or through a new Tier level. Once we determine the appropriate delivery mechanism, we’ll let you know, but more than likely that’ll be much later in the year!

Let us know your thoughts, thanks everyone.