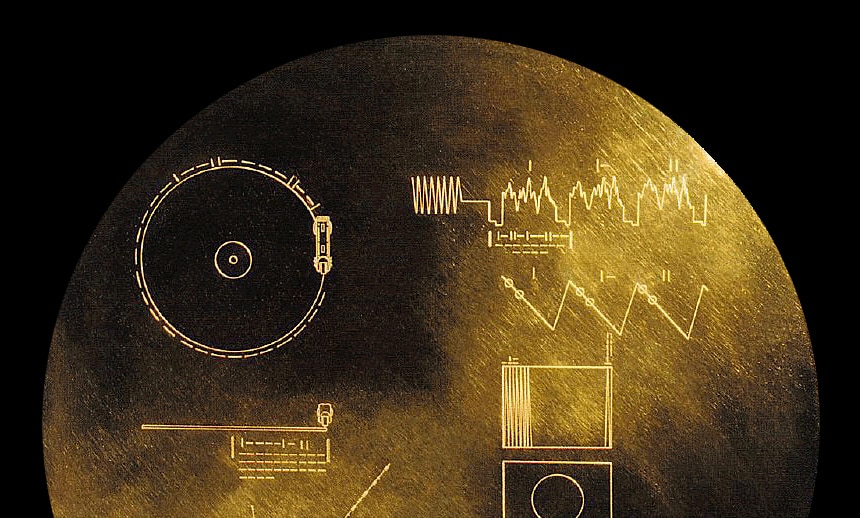 These are the pictures that were put on the voyager spacecraft. If the human race manages to kill itself, this is the only thing other life in the universe will be know about us. This would be the imprint we leave on the entire universe.

This voyager spacecraft was constructed by the United States of America. We are a community of 240 million human beings among the more than 4 billion who inhabit the planet earth. We human beings are still divided into nation states, but these states are rapidly becoming a single global civilization.

We are attempting to survive our time so we may live into yours. We hope someday, having solved the problems we face, to join a community of galactic civilizations. This record represents our hope and our determination, and our good will in a vast and awesome universe.

Would our governments keep it a secret for years and years and years? Would the public be told in a few days? Would we immediately throw all of our resources at understanding the materials sent to us, including putting it online? What would teachers tell their children? Would there really be a large amount of riots with the “this is from the devil!” and other religious perspectives?
Would we try to send something back? How would the markets react? Would nasa get a large bump in funding? Would it be a time of horror or joy?