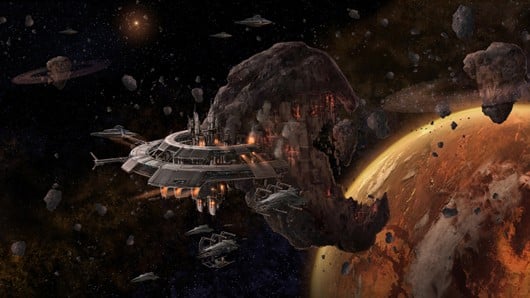 BioWare have posted a new new Star Wars: The Old Republic dev diary on the official website. This time it’s about the the recently announced Galactic Starfighter expansion. Lead designer Michael Backus is the blog author, and he writes the first of what surely is going to be many posts about the background and development of Galactic Starfighter. This first blog on the subject doesn’t contain much in the way of gameplay info, but hopefully we get to read much more about this in the future. Check it out over at the official website, or read it here below:

Let me welcome you to what will be the first of many Developer Diaries delving into the background and development of Galactic Starfighter™ and its place within the Star Wars™: The Old Republic™ experience.

Before I get into the details of this diary entry, let me say thank you to all of you, our incredible fans. Your enthusiasm over the last couple years and leading up to the announcement of Galactic Starfighter has inspired the development team and been critical in crafting the vision of what the digital expansion has become, as well as what it will evolve into in the future. You may have assumed we weren’t listening, but I promise, we were reading every post… and taking copious notes.

So, with that, let’s talk about Galactic Starfighter, or as many of you have been calling it, the Super-Secret Space Project (SSSP).

The Birth of a Concept

When the leaders of our studio first sat down to talk about what needed to be part of our first BIG push into the stars about two years ago, the list became very long—there were just so many Star Wars™ fantasies to fulfill in such a rich universe: bounty hunters and smugglers, Kessel Runs and capital ships, discovery of never-before-seen-planets, as well as long-lost species, and of course, Starfighter combat. And that’s the short list of the things we came up with.

Before we could even really define what this expansion was going to look like, we had to put it on hold. This pause went on for almost a year as we planned and worked on content for the ground game, added a Free-to-Play option for our players, and created content for a number of other features that players expected and wanted. It wasn’t until August of 2012 that work started again on defining how we wanted to revisit space.

After a great deal of deliberation, it was clear we had to prioritize which features would be best received by you, the fans, as well as give the greatest amount of replayability. And at the same time, we knew we had to create a strong foundation to build on for the future, you know, in case we wanted to add onto it later on… possibly.

At that time, we knew two things were vital to the experience: free-flight space combat and ship customization.

The Evolution of a Concept

The very next question was how. How do you deliver on those two requirements and still appease such devout fans who, understandably, want the very best Star Wars experience possible?

It wasn’t easy, and every path had obstacles. Do you create a massive, open world to fly transports around, smuggling goods through enemy lines? Do you create capital ships, some so vast players feel they’re on another planet? Do you populate all of that with more quests and voice actors and opportunities for crafting and Star Destroyers and the Force™ and more? It was literally a whole new game, possibly larger than what we had already created.

Wisely, we took a step back and looked at the broader picture. We looked at the landscape of possibilities and where there were opportunities, when we quickly realized the answer was simple: PvP. Players had been clamoring for it since launch—the experience of customizing their own Starfighter and pitting your skills against other pilots in epic Star Wars environments; the sound of that familiarmusic kicking in as you destroy an enemy’s objective; your Companions interrupting your focus to let you know an enemy is on your tail or your shields are down.

Momentum quickly grew as we imagined the possibilities. What started as a feature for Star Wars: The Old Republic all of a sudden was becoming a game all by itself. So we embraced it. We focused on it. And we never looked back.

From there, it was just a matter of creating a strong vision for the player’s experience – the combat, the environments, the feel of it all – both as a pilot, but also in customizing your ships and how it’s all integrated together with the ground game.

And while that’s all very interesting, you probably want to know more of the details about what to expect once Galactic Starfighter goes live. Let me tell you… in our next developer diary!