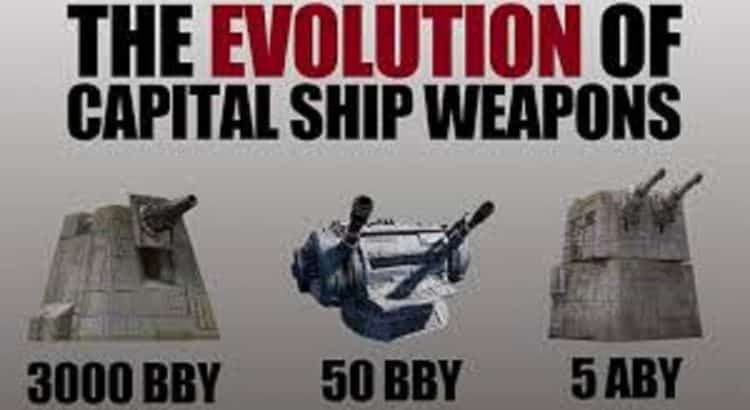 How much do you know about the evolution of Capital Ship weapons? It’s an under-discussed topic, but still an interesting one. As part of a series on Star Wars lore, there’s a video here that gives you a great breakdown of these weapons, what they are, how they worked, and how they changed over the years.

There’s a breakdown on how they work, natural defenses and how they worked within the different environments. Even if you’re not big on Star Wars lore and dates throughout history, they give you an explanation you can understand.

But if you are a big fan and follower of lore, you’ll be able to put all the pieces together easily and understand why certain weapons were used and why and how they changed over time. It’s fun stuff!

From railguns to turbolasers to superlaser… we take a look at the evolution of Capital Ship weapons in Star Wars Legends on today’s lore video!

Give it a watch and let us know what you think. Did you learn something new?

To see more, you can follow them on social media.