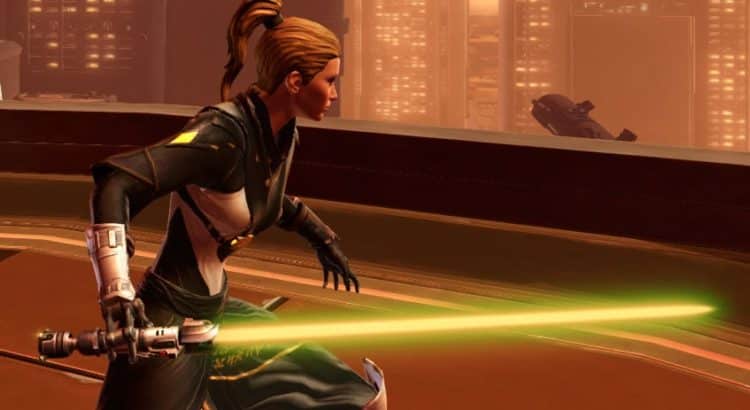 SWTOR Game Producer Keith Kanneg, had an interesting statement on the forums today, regarding the changes to legacy weapon color crystals, and weapon tuning swapping. Check it out:

Let’s review today’s Crystals and Weapon Tuning change and what caused it. With Patch 5.2.2, we made a change so everyone could take advantage of the Weapon Tunings across their account. We did that by adding them into Collections. This is the same process we use for Flairs, Armor Sets, Mounts, Crystals, Weapons, Pets, and more. This appeared to be a very welcomed change, but over the past month we found out players were subverting the collection system by using an exploit related to Legacy Weapons. Sure, you can argue it’s been that way for a long time, but Weapon Tunings were new and being able to use them across your entire account is a cool benefit.

What happened is some players would add the Tuning to a legacy weapon, send to an Alt, remove it on that Alt, re-add it to the weapon, which would then incorrectly unlock it in Collections on that toon. They would then send that weapon to all of their toons and perform the same process. Thus circumventing the entire collection system and obtaining Weapon Tunings for their legacy without having to pay for it. As everyone has pointed out, Crystals sold via the Cartel Market could also be collection unlocked this way, and in fact, as players have clearly stated in this thread, they’ve been doing that for a very long time.

We did not impact the ability to use Crystals and Tunings in Legacy Weapons and we did not prevent you transferring mods, hilts, barrels, augments, or enhancements, through your legacy weapons (which I do all the time). This change did create a situation for all of us who are using Collections properly where there is an added step (and credit cost) to moving weapons. Our plan with Patch 5.4 in August is to resolve this new issue by allowing Collection Unlocked Crystals and Tunings to be transferred using your legacy weapons as you did previously (no cost/no removing of the items first).

As most of you already know, we do not communicate details about exploits and typically only acknowledge their existence after a fix has been deployed. In this case, we included it with our Patch Notes yesterday so you knew ahead of time what we were doing today. I also know this makes some of you unhappy, but the loophole needed to be closed and we did that in today’s patch.