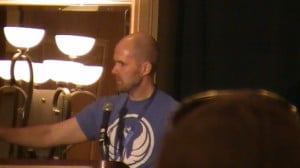 Are you as excited about the Legacy System as we are? I know we keep talking about it in my guild. A lot of players have a renewed interest in the game now that the improved Legacy System is coming with Game Update 1.2 and my guess is that’s really what BioWare wants.

The Legacy System will be entwined in each and every aspect of the game. It really is the heart of SWTOR and the dev team was sad they had to launch without it. Since it’s coming soon, now is the time to prepare and to learn what you can about it.

This just in from Official SWTOR News feed:

“The Legacy System is coming in Game Update 1.2, and with it, a new dimension to The Old Republic™ experience. Like the Skywalkers, you’ll build your own family tree in the Star Wars™ galaxy, linking your characters on the same server together. Your achievements will open up new species options, new abilities for all the characters in your Legacy, and that’s only the beginning…

Watch the new Developer Dispatch video to learn how to start your Legacy and hear from the Developers about the ideas and efforts that went into the system’s design.”