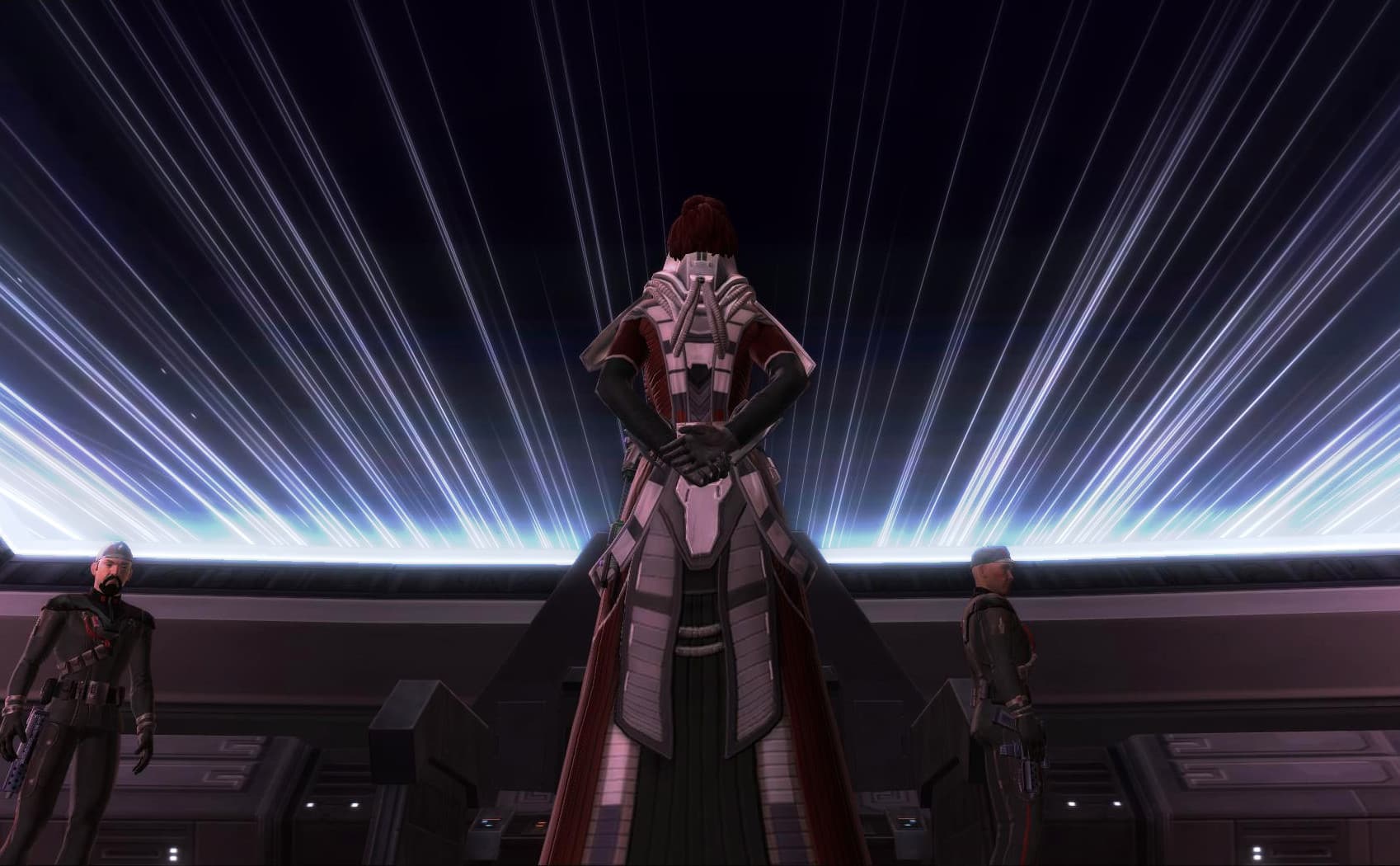 Senior Producer Bruce Maclean have posted a new blog post updating the community on what’s going to happen in the SWTOR universe over the next few month. I have to say that this is a million times better looking than the initial Summer of Swtor blog. Only thing is no mention of Nightmare Modes. Hopefully this means theyre taking more time with those and will release them a long side something for everyone like a new small op. Here are some bullet points

Below is the full blog posts. You can read the original right here:

With the Summer of SWTOR officially behind us, and some big announcements about our upcoming free Digital Expansion now released, I wanted to just share in one place a summary of the things we are working on for you in the months ahead. Some of this is a recap of information we have already released, but there are some new pieces here too!

First up is Game Update 2.4.2, which is currently targeted for launch on October 29th. This biweekly update contains the usual bug fixes and minor tweaks, but it is notable for two very important features: the start of Ranked PvP Season One, and the launch of web-based Ranked PvP Leaderboards!

Have you ever been frustrated trying to find an available name when making a new character? We currently have many, many millions of character names across all the servers, some of which are no longer in use, and as has been frequently noted here on the forums it is difficult to find any good names. We want to flag some 36% of those characters for rename, many of which were created in the early days after launch, and free up a lot of name options for our current players. Get ready to snag that name you always wanted! Exact details are forthcoming, but here’s what you need to know now: Current Subscribers will not have any characters renamed, regardless of activity or level on that character. Period. Even on inactive accounts, the bulk of characters renamed will be under level 10, and no character level 30 or higher will be renamed. November 12th is our current target date for this.

Speaking of November 12th, that will be the start of the next Bounty Contract Week, which we’ll continue to have every month. In other event news the mysterious Gree Starship will be returning in December. As you’ve seen, we continue to update and improve these events and add new Galactic Reputation rewards.

As Thanksgiving Season approaches, you are at the top of our list of things we are thankful for. We receive a lot of support from you, the players, and it’s really because of you that we are able to continue development on this game we love so much. We’d like to show a tiny measure of that thanks with a Double XP weekend starting November 27th and continuing through Thanksgiving Weekend until December 2nd.

The no-longer-super-secret space project has been revealed at last! We are working hard to bring you the Galactic Starfighter™ free Digital Expansion in February, but on December 3rd we are planning to open it up to Subscribers with Game Update 2.5: Galactic Starfighter Subscriber Early Access. Also in Game Update 2.5 we’ll have continued class balance updates and an all new PvP Warzone Arena, the Makeb Mesa Arena.

We will have individual blogs and updates on each and every one of the above items, stay tuned to SWTOR.com and these forums for updates! This isn’t an exhaustive list, and we are also working on some (very exciting) longer term stuff and some shorter term surprises we aren’t ready to cough up just yet. As always the dates listed above are the dates the teams are shooting for, and though we are working very hard and feel like we can hit them there is always a chance something will have to slip if it’s not ready. I’ll let you know as soon as we know if that happens.

We here at BioWare would like to say thank you for your continued support. I was going to say ‘keep your feedback coming’, but I don’t think you need the encouragement – you’re a vocal lot! But we love to hear it, and we wouldn’t rather have any other community than you. See you in game!

Lots of great stuff in this update, can’t wait to see more details of future patches.
Then I looked at the comments and surprise: the first page has multiple people using a large, important thread to broadcast their personal opinions of how X section of players is being slapped in the face over Y. This bothers me beyond imagination, I understand that there are some legitimate concerns for some players that need to be addressed. But when you go around every thread talking about unrelated things it doesn’t help your cause (it makes people hate you). I mean when I read the chat bubbles reply it just made me angry, like how in the hell does that fit into what they are announcing here. If I see Gizmo injecting his blue-texted demands for chat bubbles into a completely unrelated thread again I may literally die.