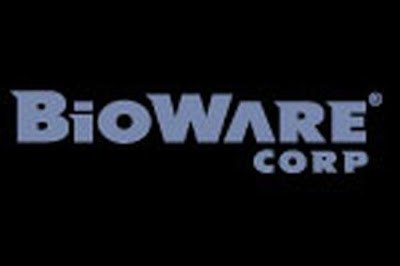 The Canadian Top 100 Employers is a list compiled annually by Mediacrop Canada Inc. The winners are selected based on a number of criteria including outstanding human resource practices, exceptional training and development opportunity for employees.

BioWare Corp. is honoured to announce that it has been recognized as one of Canada’s Top 100 Employers. “This acknowledgment is a great honour, and we are thrilled to receive this award. It is important to BioWare because it reflects our core value of Quality in our Workplace, and it also demonstrates that BioWare is an employer of choice for prospective employees not only in Canada, but world-wide,” said Joint CEO Dr. Ray Muzyka.

The future for BioWare continues to look bright. The recently announced Mass Effect™, an Xbox™ 360 title to be published by Microsoft®, marks BioWare’s third creation of an entirely new, proprietary intellectual property since the company’s inception. “BioWare is very excited to be in a position where we have the experience, maturity and confidence to undertake the huge task of creating a compelling new game property. Many BioWare employees have been interested in this type of creative challenge for quite some time, and we’re very pleased to be able to provide this opportunity,” commented Dr. Greg Zeschuk, Joint CEO, BioWare Corp.
Data for Canada’s Top 100 Employers award is compiled and analyzed by Mediacorp Canada Inc. who received a staggering 55,000 applicants from across Canada. The Top 100 Employers provided information based on outstanding Human Resource practices, exceptional growing success and contribution to the community.

BioWare develops computer, console, handheld and online video games focused on rich stories and memorable characters. Since 1995, BioWare has created some of the world’s best-selling titles including the award-winning Baldur’s Gate™ and Neverwinter Nights™ series, Star Wars®: Knights of the Old Republic™. Original BioWare-created IPs include Jade Empire™ and the 2007 Game of the Year, Mass Effect™. With studios in Edmonton, Canada, and Austin, Texas, BioWare is hard at work on the epic fantasy RPG, Dragon Age™: Origins as well as several unannounced projects including a massively multiplayer online game. In 2008, BioWare was acquired by the world’s leading electronic entertainment publisher, Electronic Arts. For more information on BioWare, visit www.bioware.com.