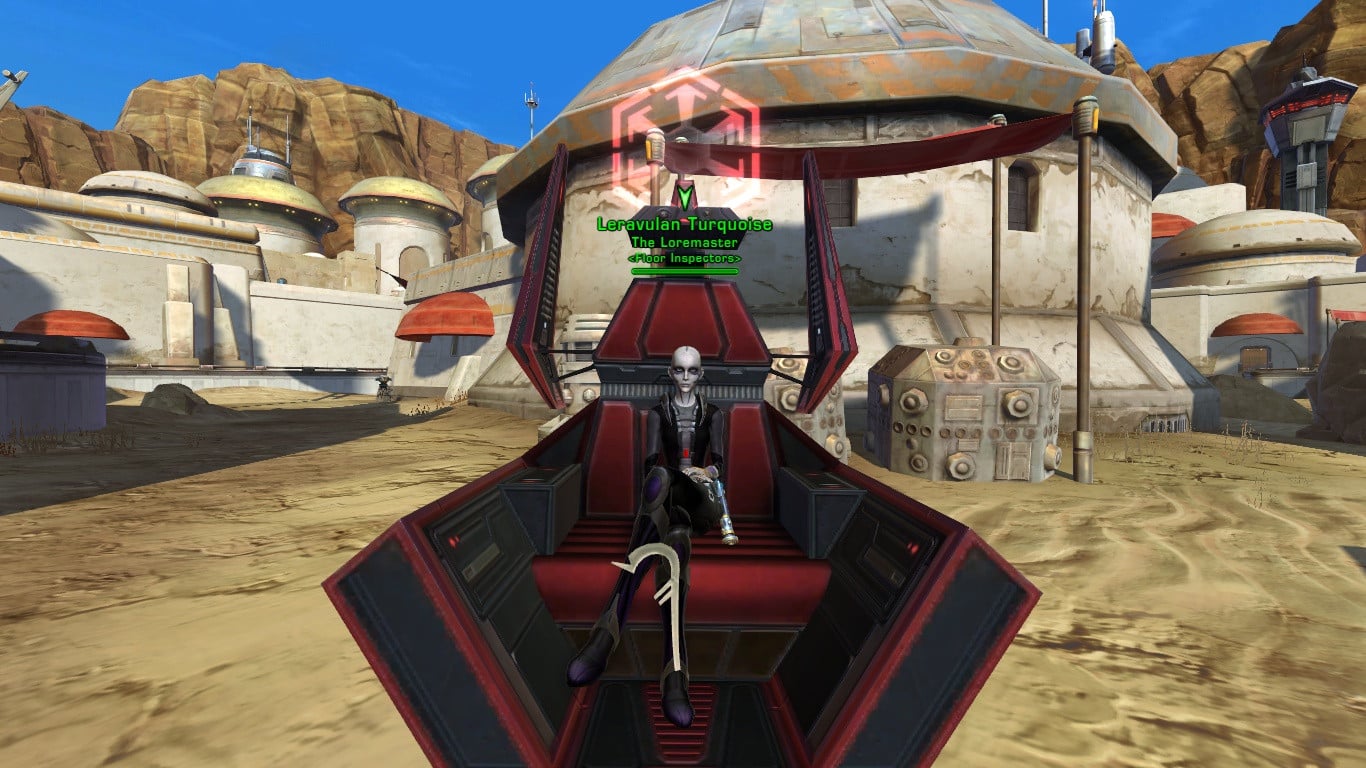 BioWare just released a lengthy news post explaining all the upcoming class changes players can expect with Game update 2.5. You can check out the full post here, or read out copy pate below:

Hello there! We here on the Classes & Combat team wanted to take some time to keep players up-to-date on the changes we have planned for the upcoming Game Update 2.5. As always, these are subject to change, and we welcome your feedback. There are quite a few changes to go over, so with no further introduction, let’s dig in!

We previously mentioned this change in the Top 3 Answers thread for the Shadows. Specializations that depend on damage-over-time effects often have a hard time being effective in PvP, so we are trying out this change on one of the most damage-over-time dependent specializations in the game: Balance/Madness. As previously stated, this benefit will be for both Sorcerers/Sages and Shadows/Assassins, and if this change plays out well, we may expand it to other classes in the future.

To go along with the damage-over-time protection for Madness/Balance, we needed to give players a simple and consistent way to understand the various manners in which negative effects are removed, so we came up with this terminology.

Cleanses tend to be abilities with rather short cooldowns, and they will no longer be able to remove protected Balance/Madness damage-over-time effects. Some examples of cleansing abilities are Cure, Field Aid, Toxin Scan, Triage, Restoration, and Expunge (formerly known as Purge).

Purges tend to have longer cooldowns and can usually only be used on yourself. In addition, purges will continue to remove the protected Madness/Balance damage-over-time effects. Some examples of purging abilities are Evasion, Dodge, Force Shroud, and Resilience.

While we had to remove “healing as a form of rotational, constant survivability” to rectify the spike damage issue for Assassin/Shadow tanks, we still care about theming and are not against some small self-healing for Assassins/Shadows in general. To this end, we are okay with all Assassin/Shadow specializations sharing a “panic button heal” ability on a long cooldown.

As with the other Assassin/Shadow changes, we have previously mentioned these changes in the Top 3 Answers thread for Shadows, and we changed these abilities because they all had various issues with how they were performing. So we brought these abilities in line with other abilities in the game because of player concerns that the Infiltration/Deception and Balance/Madness specializations did not provide adequate DPS in PvE – and even PvP in some situations.

With this change, we are moving all remaining defensive bonuses granted by cover into the Hold Position passive ability, which Snipers and Gunslingers already have. So while Operatives and Scoundrels will still be able to enter cover to use any abilities that require it, they will no longer gain any defensive bonuses while in cover. For Snipers and Gunslingers, this change has no real, noticeable effect.

Vengeance/Vigilance Juggernauts/Guardians rely more on Ravage/Master Strike in combat than any other Sith Warrior/Jedi Knight specialization, making it one of their signature abilities. But they lacked a way to reliably use this ability in PvP – where players could just run away while it was being channeled. With this skill, already found on the Marauder/Sentinel, they can choose to now have a more reliable way of keeping their target around for Ravage/Master Strike.

Marauders/Sentinels were being penalized personally for helping their groups with Bloodthirst/Inspiration and Predation/Transcendence by not being allowed to build Fury/Centering while those buffs were active. Such a penalty actually discouraged the use of these group utilities, so we have decided to remove the personal penalty for their use – improving Marauder/Sentinel quality of life in the process.

Marauders and Sentinels currently have some of the best on-demand (active) survivability tools in the game. These tools are necessary because, for a melee class, they have very little in terms of passive survivability, but Undying Rage/Guarded by the Force is an example of an ability that was just too good at providing survivability. Because Undying Rage/Guarded by the Force is improved by multiple skills and a set bonus, the fix was not simply a matter of increasing the cost or cooldown; it needed to be reworked in various ways.

We moved the health cost from the beginning to the end of the effect so that it would no longer synergize exceedingly well with a group member that could heal the Marauder/Sentinel. Undying Rage/Guarded by the Force was giving healers four (or five with the set bonus) seconds where their Marauder/Sentinel group member became nearly immune to damage and could rather easily be healed back to a more manageable health level. This needed to change because it provided the Marauder/Sentinel with an unbalanced advantage in group play.

The change to the cooldown of Undying Rage/Guarded by the Force makes the uptime of the ability a little less potent. With all of the different ways the cooldown gets modified, it was getting too low to be considered fairly balanced. A Rage/Focus Marauder/Sentinel with the PvP set bonus could have five seconds of being nearly immune to damage every 45 seconds. Now Rage/Focus Marauders/Sentinels will still be able to reduce the cooldown of the ability to one minute and 15 seconds, which is still 15 seconds less than the old base cooldown – but allows for adversaries to have an additional 30 seconds to deal with the Marauder/Sentinel between uses.

The cumulative effect of all these changes should bring Marauder/Sentinel survivability down to a more reasonable level in group play where healers are involved, while not doing too much to affect their survivability in solo play or in situations where no healer is present.

And that wraps up our current plans for Game Update 2.5 class changes. We hope you have enjoyed this inside look at class development. Please feel free to let us know what you think about the upcoming changes, and we will be keeping our eye out for good suggestions!

Here are a few thoughts on the Class Changes:

For Sentinels,  Juyo and Merciless stacks will now stick around for 24 seconds, up from 15. This is great news, with so many of the fights in the operations we are forced to lose stacks while we sit back and wait (Titan 6, Calphayus, etc). These are usually good fights for Combat spec, but with the adjustments Sentinels should be able to stay in Watchman if they’d like.

It will be interesting to see how much Quick Shot / Overload shot was increased and if it’s enough to make the ability worthwhile to use as much as they seem to think Scoundrels / Operatives should.

Also wonder how much the adjustments to Shadows / Assassins will help trim the gap in PvE. Don’t think any of those smaller changes will fix Madness in PvP but the DoT protection is needed and welcome.

Wish they would have addressed healers more. The cover benefits being taken away is a good first step but the gap is still wide between Ops and the field in PvP. Particularly wish there were some positive changes for Mercs and Commandos.

As for the other changes, I’m glad Inspiration now covers the entire raid and we can still gain centering during this time, but I don’t like that there is now a raid-wide 5 minute cooldown. While they are trying to keep groups from HAVING to bring more than 1 Sentinel, it feels like this more-so gimps having more than 1 Sentinel in progression raids. Comps will now be swayed to ‘slingers even more than they already are. This would be like making all ‘slingers flybys useless if 1 person uses there’s.

I know I’m exaggerating, but I just don’t see why anyone would bring more than 1 sent now.