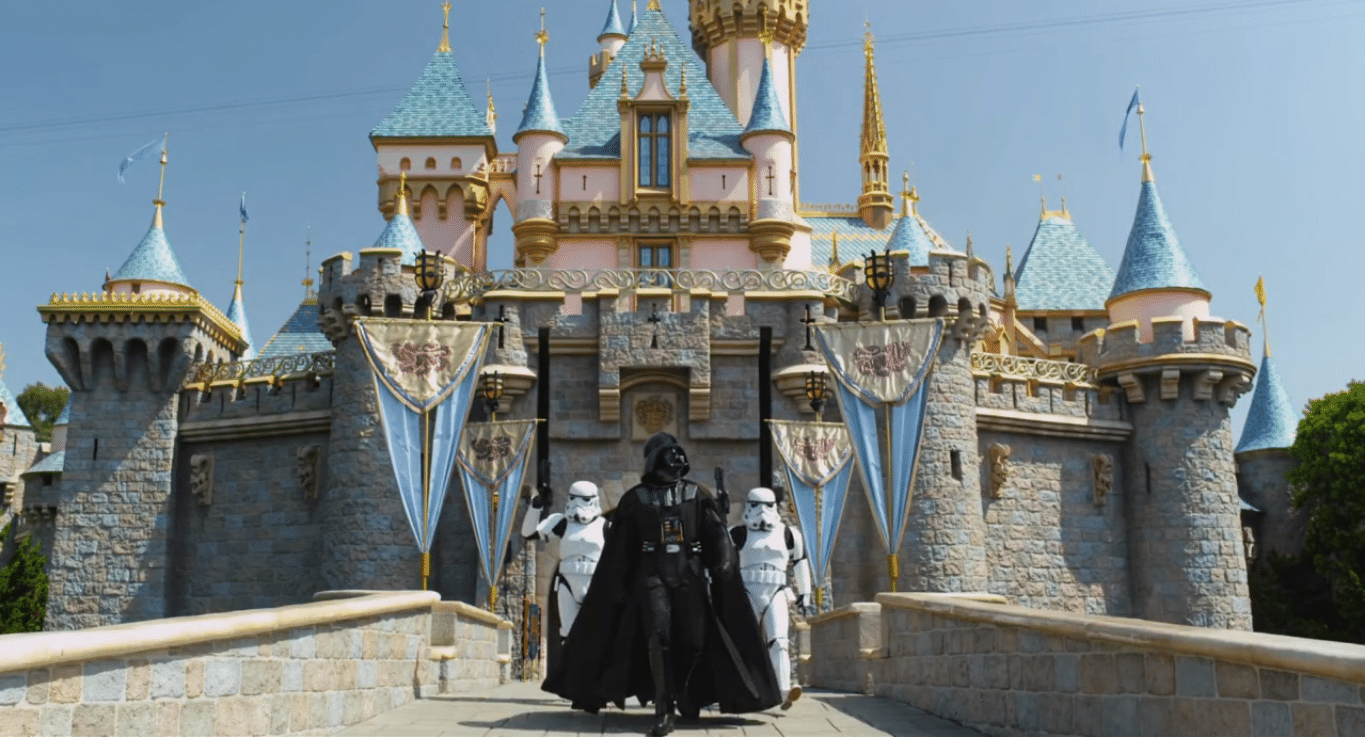 MTV reports on these upcoming changes at the popular theme park:

Two of the main additions to the park would be a spaceport that could host a very famous ship and a dining and entertainment area made to look like the cantina on Tattooine from the original “Star Wars” movie.

MiceAge gave a short description for what parkgoers can expect from the spaceport area: “What’s a landing pad without a spaceship, right? The craft that will have landed there won’t be any old spaceship however, but will be the famous Millennium Falcon that will act as an elaborate walk-through attraction and meet-and-greet location for your favorite Wookie co-pilot.”

The news of a bigger “Star Wars” presence in Disneyland comes hot off of reports that an Iron Man attraction would soon be appearing at the park’s Hong Kong location. This sounds really exciting!

If you’ve been to the Anaheim park lately, however, you know that they are running short on space to add anything new, especially epic Star Wars exhibits but here’s hoping they make the most of the Millennium Falcon.