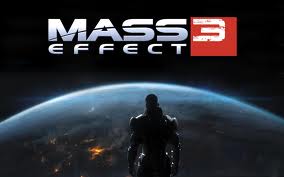 Are you upset about the Mass Effect 3 ending? This is one of the most interesting game controversies in recent years as players revolt over BioWare’s ending to the popular game franchise. Players were unhappy with the game outcome and BioWare has now said they will address players’ complaints with additional content for Mass Effect 3.

In a blog post, Bioware co-founder Ray Muzyka wrote that the Mass Effect 3 team is working on “a number of game content initiatives that will help answer the questions, providing more clarity for those seeking further closure to their journey.”

Muzyka said Bioware will have more details in April, and that the content will be provided in addition to other content the company is already planning to release. “We’re working hard to maintain the right balance between the artistic integrity of the original story while addressing the fan feedback we’ve received,” he wrote.

It’s still unclear whether Bioware will change the existing ending or simply add to it. My guess is the latter.

So what do you think? Have you played ME3 and were you ok with the ending or did you hate it like so many players who are protesting?

Is BioWare right in giving the players what they want or should they stand firm in the creative vision they have for the game? When have the players gone too far in demanding changes to a game? So many questions are brought up in all ends of the spectrum on this controversy.

Are the complaints justified or did BioWare bring this all on themselves by offering gamers so many choices to begin with? Gamasutra’s Leigh Alexander argues that Bioware set itself up for a controversy by giving players so many choices, thereby creating a sense of control over the story. “If you promise your players agency and involvement, they are going to take it seriously,” she wrote.