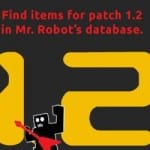 Mr. Robot has just launched their character API so players working on SWTOR tools or spreadsheets can import character information from the site, including character information, all of their gear, datacrons, skill tree points, and more. Mr. Robot says “We believe that opening this information up to other developers will mean more cool tools for all of us to use” and we couldn’t agree more.

Technical details: Note that this is not 100% final, but it will probably not change much from the current form.