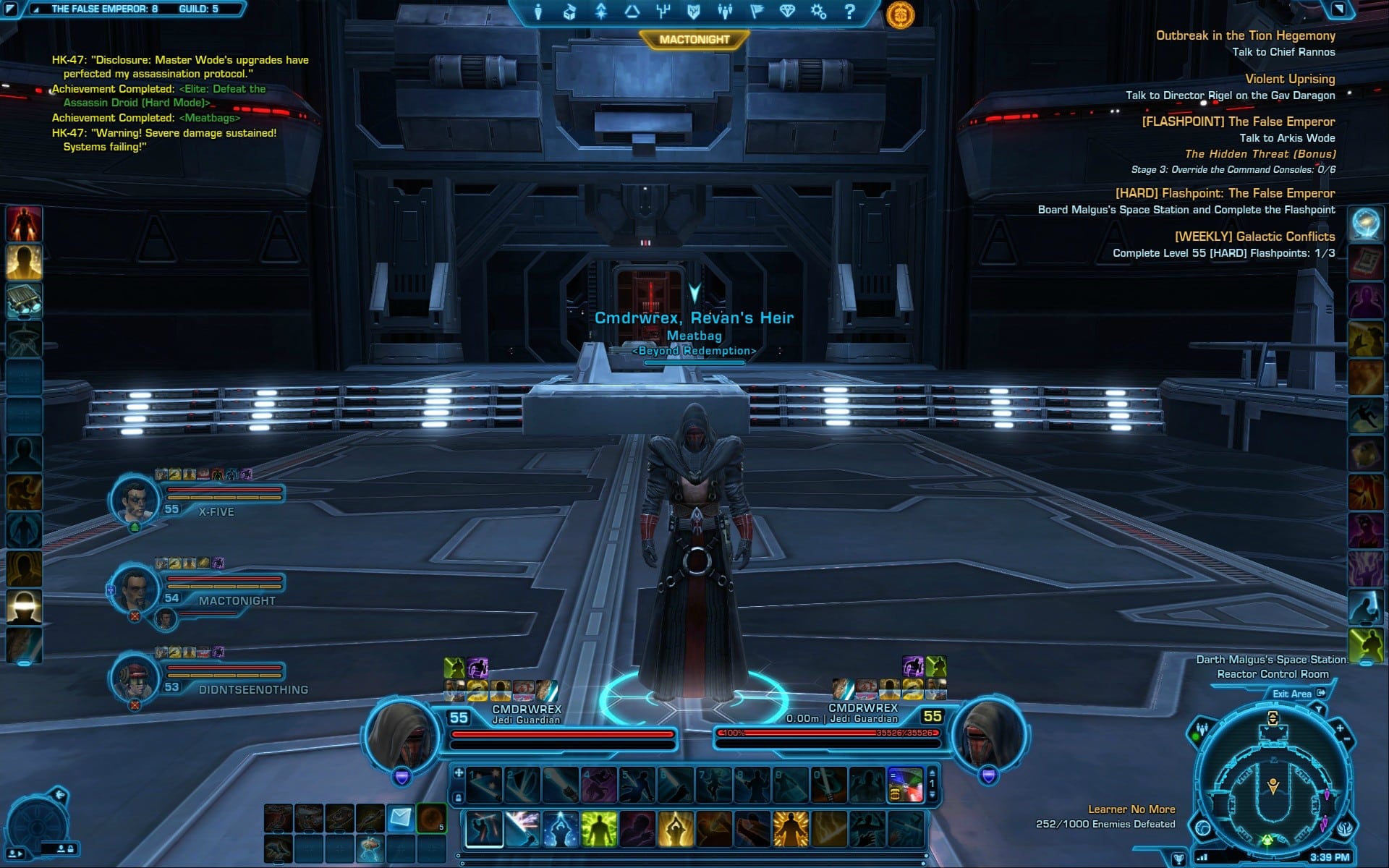 BioWare have been under fire for a while, for their decision on letting embargoed items reaper on the Cartel market. Eric Musco answered an angry player on the official forums yesterday concerning this issue:

Quote:
Originally Posted by Rileysoph
A few weeks ago life day stuff from last year were selling on the GTN for millions because they were SUPER RARE and UNOBTAINABLE and the people who had them could show everyone that they were there, that they were in the game since that time, that they participated in the event.

And now you’ve brought back the exact same stuff from last year? Complete and utter laziness. There is no excuse. Bioware had a full year to come up with something new for it. I’m sorry but this game has just turned into a cash grab. I wouldn’t be surprised if they bring back that stupid pumpkin chamber and that womp rat thing.

And i’m expecting a lot of replies which say “special snowflake” obviously those people have never experienced what it’s like to be unique before and would prefer to be boring and unoriginal.

We chose to bring back the Life Day items this year for a few reasons. Last year when we had the Life Day items, the Cartel Market was fairly new and so at the time, not a lot of people may have realized that these types of items can be limited. Also, we had not yet launched the Collections UI, which is especially helpful for items such as limited event items.

Because of the Embargo Vendors in the Cartel Bazaar and the reputation requirement needed to buy items from them, it’s unlikely that anything relating the Cartel Packs will truly be embargoed.

I think they’ve found an interesting market to appeal to. For me, there are some shipments that didn’t really have anything of interest. Example, Archon. It’s currently 50% off for a hypercrate but there is nothing there I am interested in gambling for that I can’t get off GTN. By selling the Shipment 1, Shipment 2, Shipment 3 bundles and so on bundles, they can help people get their reputation up, collect tokens and give them a chance to randomly get something they want.

I saw a guy on Fleet who was interested in buying a Shipment just for the packs that contained Revan’s gear and he was willing to gamble on getting them. Had no interested in the other packs, just wanted to get Revan. So I would expect more Shipments than original Hypercrates.

As far as the items appreciating more, It’s rather pointless to hold onto some things with the intention of trying to sell them past a certain point. Revan’s Mask or Gloves are a good example, because they’re worth so much that they won’t regularly sell. Sure the item would be worth a fortune, but good luck finding a buyer.