According to research and data from SuperData, Star Wars: The Old Republic remains one of the top five subscription MMOs in the world, earning $165 million last year. The ambitious MMORPG started as a sub-based model but then later adjusted to a free-to-play game with paid options and this made all the difference in the world for EA in terms of earning potential. This figure includes subscriptions, expansion packs and microtransactions and it puts SWTOR in 4th place in the world for MMO earnings. 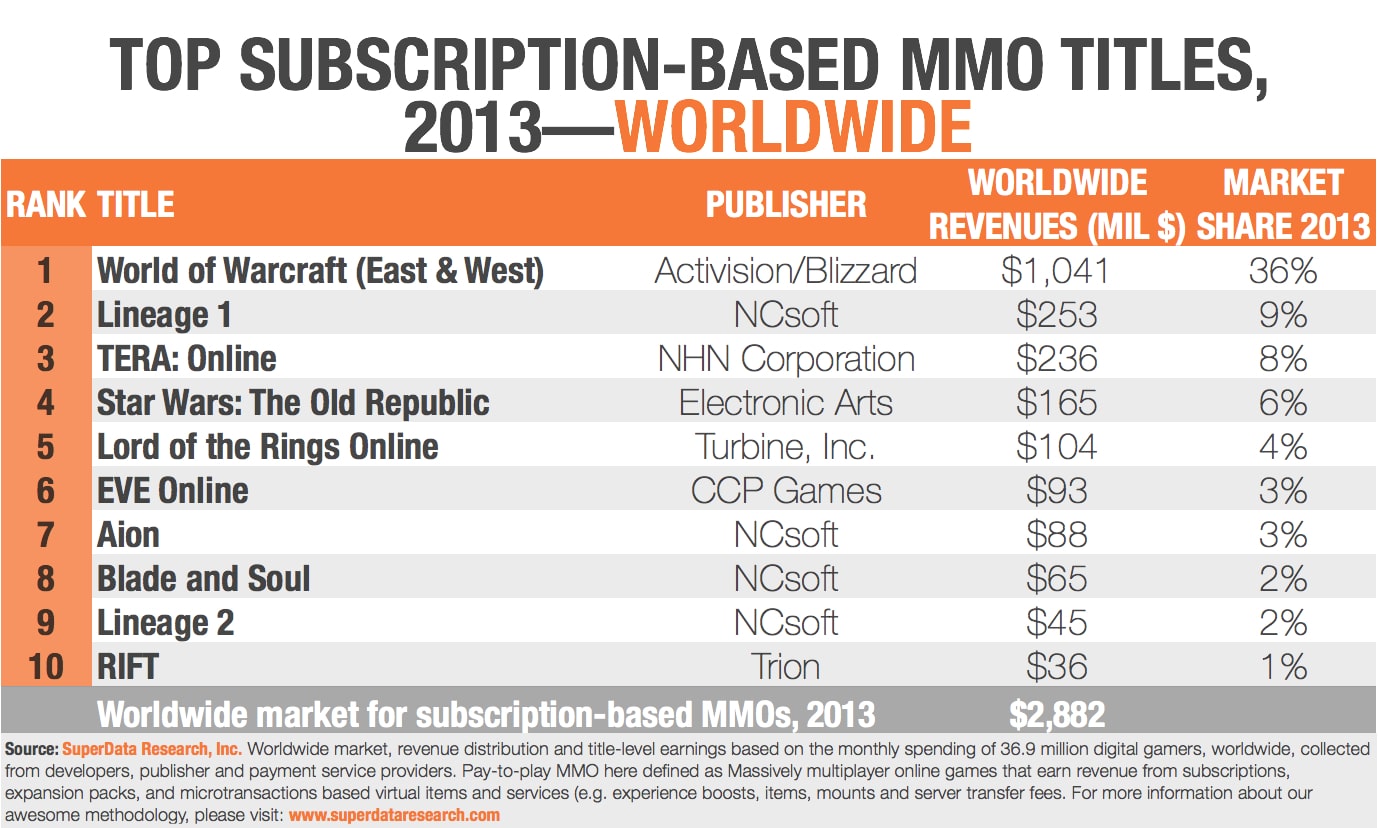 As you can see from the chart, WoW took first place with over $1 Billion in revenue, Lineage 1 took 2nd place with $253 million, TERA: Online took 3rd with $236 million. Some games to come in after SWTOR include LOTRO, EVE Online, Aion, Blade and Soul, Lineage 2, and RIFT.

Since 2010, the MMO market has been changing and growing. The pay-to-play model is dying and the market itself was seeing a decline in earnings. The numbers show a drop from 30.6 monthly subs to 23.4 million subs this year. In order to make up for the loss of these subscriptions, MMO developers are offering micro-transactions. SuperData explains:

“In the past five years, the percentage of revenue for subscription-based MMO generated via additional in-game microtransactions has roughly doubled from 14% for 27%. In addition, the average digital spend, in addition to the monthly fee, has tripled from $16 to $46, worldwide. Despite the overall decline, this category has so far managed to maximize their ability to monetize a shrinking yet loyal player base.” 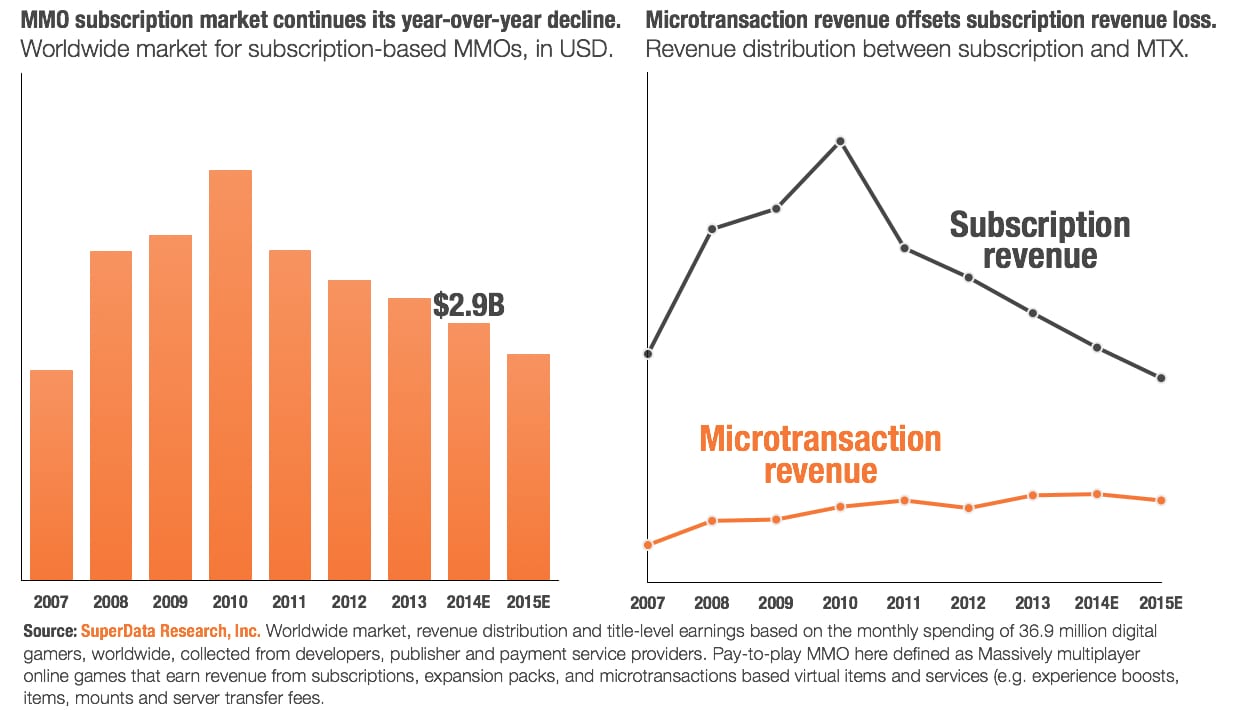 So as you can see, while the payment models are changing, gamers ARE still spending money on MMOs and SWTOR is no exception. You can see more on SuperData’s research here.