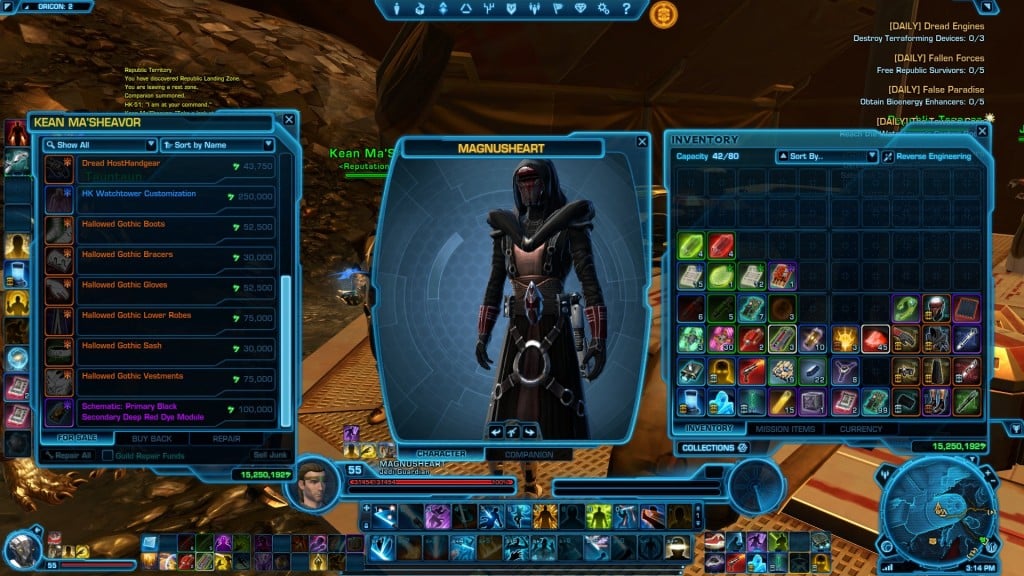 Cory Butler posted a tweet confirming that the Hypercrate of Shipment 1 Cartel Packs will be removed from the Cartel Market today. The Hypercrate contains 6 Crime Lord’s, 6 Blockade Runner’s, 6 Skip Tracer’s, and 6 Space Pirate’s packs and has the hefty price of 7680 Cartel Coins. Below is the tweet from Cory:

Later he confirmed it will be back some other time:

@Jakkeez @SWTOR it’ll be back… one day. No time soon though.

For older players this should mean the respective crates will become more valuable on the market for a while.