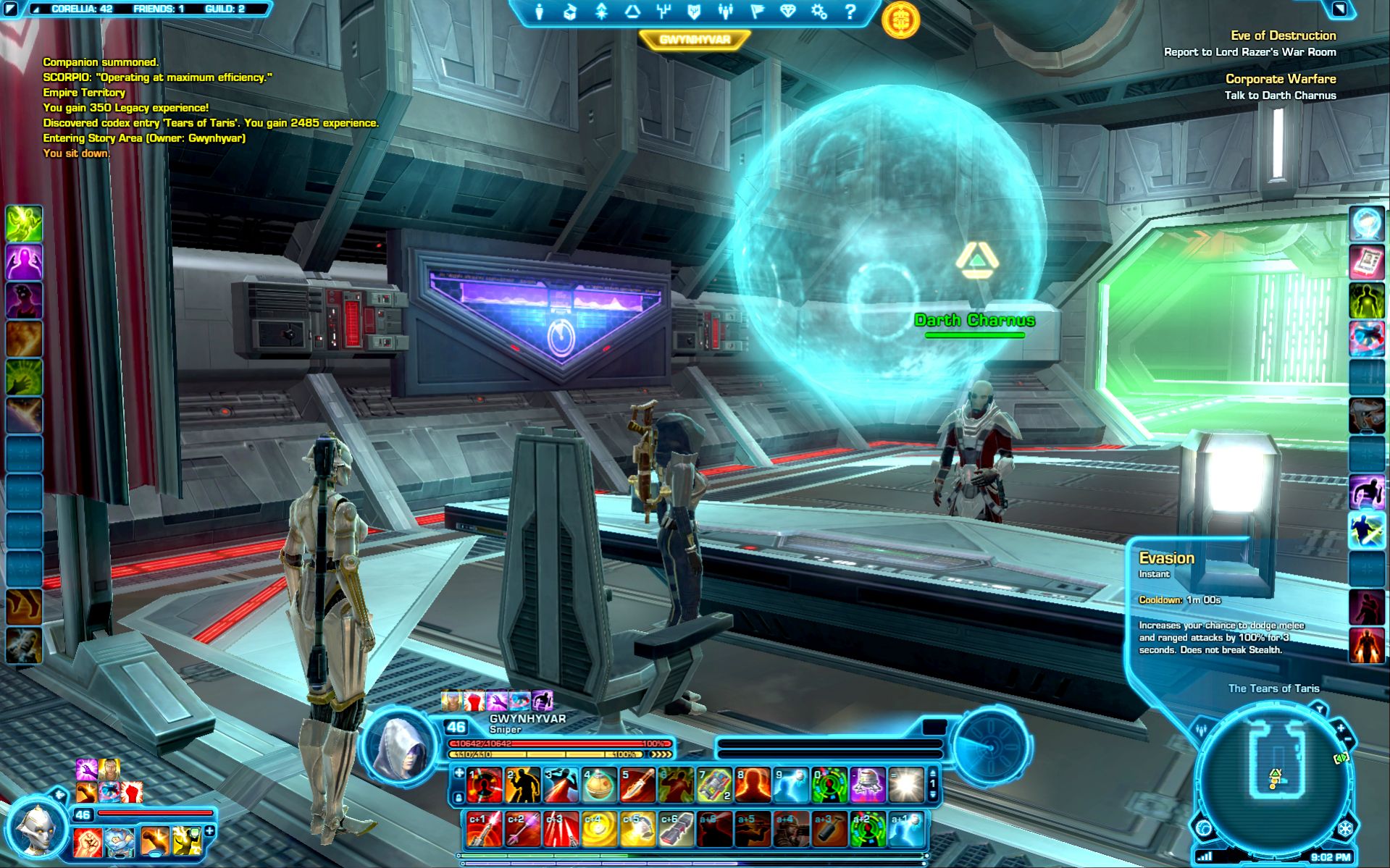 BioWare deployed a new update to the public test servers yesterday with a new patch to Game Update 2.0.  check out the  full patch notes below.  Annoyingly, many of these changes (Sniper changes, Missile Salvo change, etc.) aren’t new today but were put in a couple days ago. I don’t know why they listed them again.

Companion Characters will now harvest nodes when asked to.

Cast bars will no longer incorrectly cut off the bottom of text.