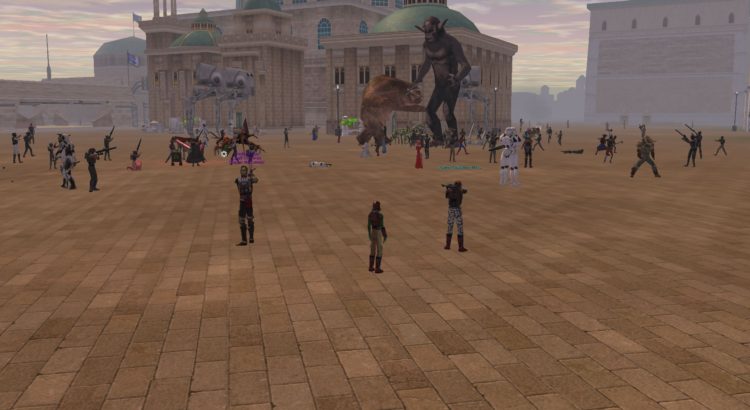 Star Wars Galaxies – it’s the game that will not go quietly into the night. We have written on it many times here and that’s partly because we know the readers (at least a lot of you) are big fans.

Were its official servers not shuttered in 2011, Star Wars Galaxies would be turning 15 years old this month. Of all the Star Wars games to get the axe, this one is probably mourned the most.

The MMO still holds a strong community and fanbase, as you will know from our posts here, or if you’re one of those fans. That is why it lended itself to an emulator to keep it going.

Rather than dying a slow death in the canceled MMO graveyard, SWG refuses to die. Force Ghost has some theories as to why, which they cover in this article.

It’s a very long piece that digs into all the reasons why the game won’t die by first retracing what made SWG so great in the first place. If you want to learn a bit more about SWG, or reminiscence about the good old days when it was still alive, this article may be right up your alley.

Did you play SWG? What do you miss the most about it? Have you tried the emulator? Many have complained that the community on emu is not the same as the original SWG community, and some have even said it’s toxic, making it unfriendly to the old school players who may feel nostalgic for SWG.

Star Wars: Galaxies is still possible to play via SWGEMU, but you need the original CD witch is availible from amazon